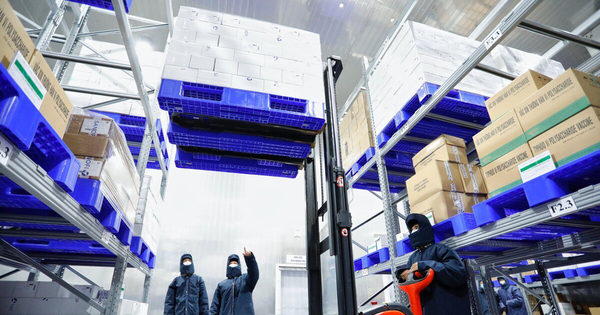 Another batch of 659,900 COVID-19 vaccine shots which Vietnam Vaccine JSC (VNVC) purchased from AstraZeneca has been delivered to the Southeast Asian country.

With the support from the Ministry of Health, the Vietnamese company previously signed a contract with AstraZeneca to buy 30 million doses of coronavirus vaccine.

AstraZeneca has sent nearly 3.8 million doses out of the 30 million shots to the Southeast Asian country in six shipments.

Vietnam has so far received nearly 9.3 million doses of AstraZeneca COVID-19 vaccine through purchase, the COVAX mechanism, and donations from other countries.

The nation has also received 500,000 doses of Sinopharm vaccine donated by China, five million doses of Moderna provided by the U.S. via the COVAX scheme, 1,000 shots of Sputnik V gifted by Russia, and nearly 200,000 jabs of Pfizer through purchase.

To date, Vietnam has obtained over 14 million COVID-19 vaccine doses in total from different sources, including COVAX, contractual purchases, and donations, the Ministry of Health reported.

A total of 5,321,839 doses have been administered since the inoculation was rolled out on March 8, while 496,630 people have been fully vaccinated.

The Vietnamese government expects to obtain 175 million shots of various vaccines by early 2022.