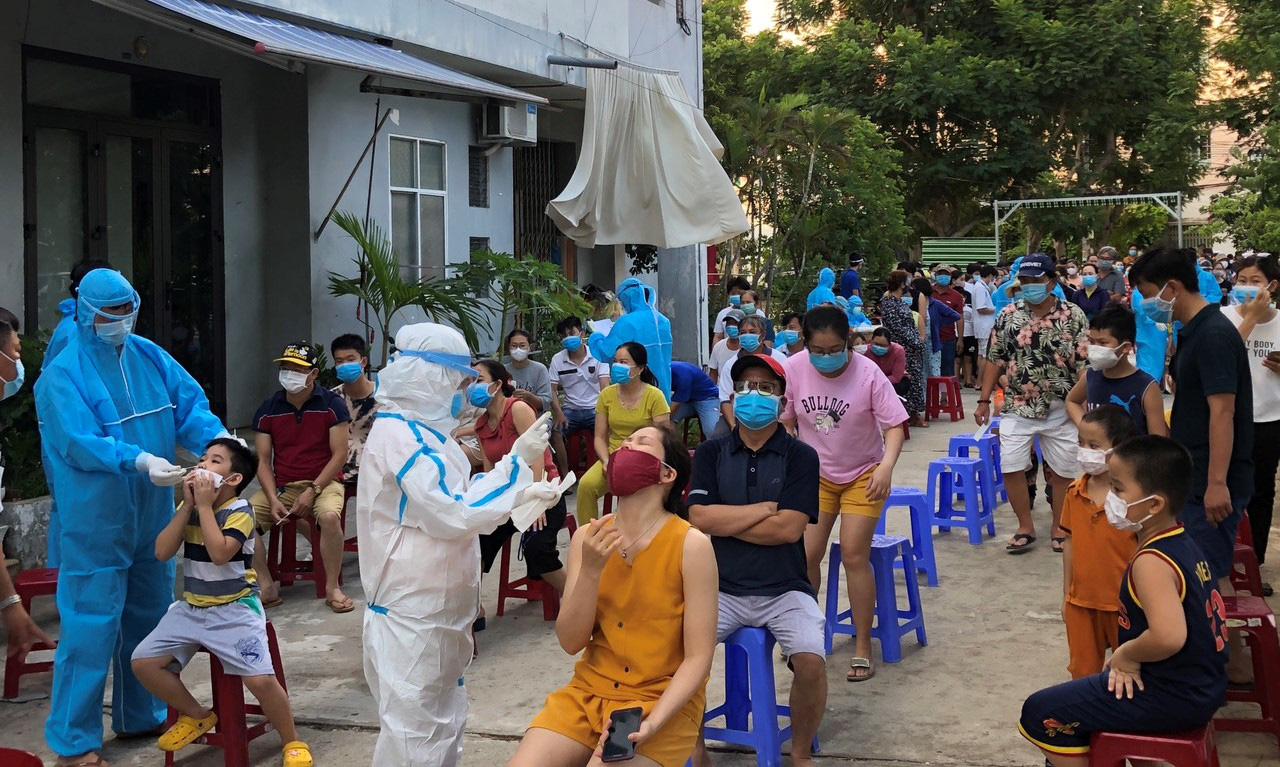 An official from the central Vietnamese city of Da Nang has claimed his act during a COVID-19 sampling session that many people have described as slapping a medical worker was just an unintentional arm move, which found the wrong destination.

Tran Vinh, deputy chief of the Office of the National Assembly delegation and the People’s Council in Da Nang City, admitted his shortcomings and reached a conciliation agreement with the medical worker in question during a working session at a local police station, his office said on Monday night.

Functional forces in Nai Hien Dong Ward in the city’s Son Tra District had to use force to control Vinh on Sunday morning after he had got into a dispute with Phan Thi Loan, a health employee from the district’s medical center who was in charge of collecting samples from residents in the ward, including Vinh, for COVID-19 testing on the same day.

Vinh claimed that Loan used too much force and took four tries to succeed in taking samples from his nose, making him uncomfortable.

As a natural reaction, he swiped his hand, which reached Loan’s face by accident, the man said.

The two then got into an argument.

“It was not the case that I intentionally hit the medical worker,” Vinh stated during an interview with Tuoi Tre (Youth) newspaper on Sunday.

“After the incident, I went home.

“A while later, police officers came and asked me to go to the police station to work on the incident.

“In response, I told them to sit down at my home for me to explain the situation, but they didn’t agree to do so.

“As I refused to go, they used force to control me.”

In stark contrast, Loan told Tuoi Tre on Monday that “Vinh stood up and slapped me in front of many doctors and local people.”

According to Loan, he complained that she worked in a perfunctory style as he observed the medical worker collecting samples from two children before his turn.

Loan assured Vinh that she had formal university training to do the task, as well as clarifying that children’s noses are different from adults’, so the sampling procedure is not the same.

“As it was Vinh’s turn, I took samples from his nose,” Loan said.

“When I finished, he stood up and slapped me in the face in the presence of the head doctor, other nurses, and the people lining up behind.

“It was obviously not an accident."

Vinh then swiftly fled the scene while Loan was still unable to react, according to her.

The medical worker added that Vinh later admitted his fault and apologized in the presence of her medical center’s director and the citizens during the working session at the local police station on Sunday.

“I accepted his apology for the common good,” Loan said.

“However, now he denied the slap and told local media it was only an arm swipe, I could not hold my resentment anymore.”

“There’s no way that my staff had to try three to four times to be able to collect the samples as they are skilled,” Dr. Nam said.

“This is not an accident but an attack against a pandemic prevention worker.

“That man stood up and slapped my employee.

“Other medical staff and local people were all there, they saw it all."

The Office of the National Assembly delegation and the People’s Council in Da Nang is following the case and would consider handling the related official according to regulations, a representative of the office said on Monday.