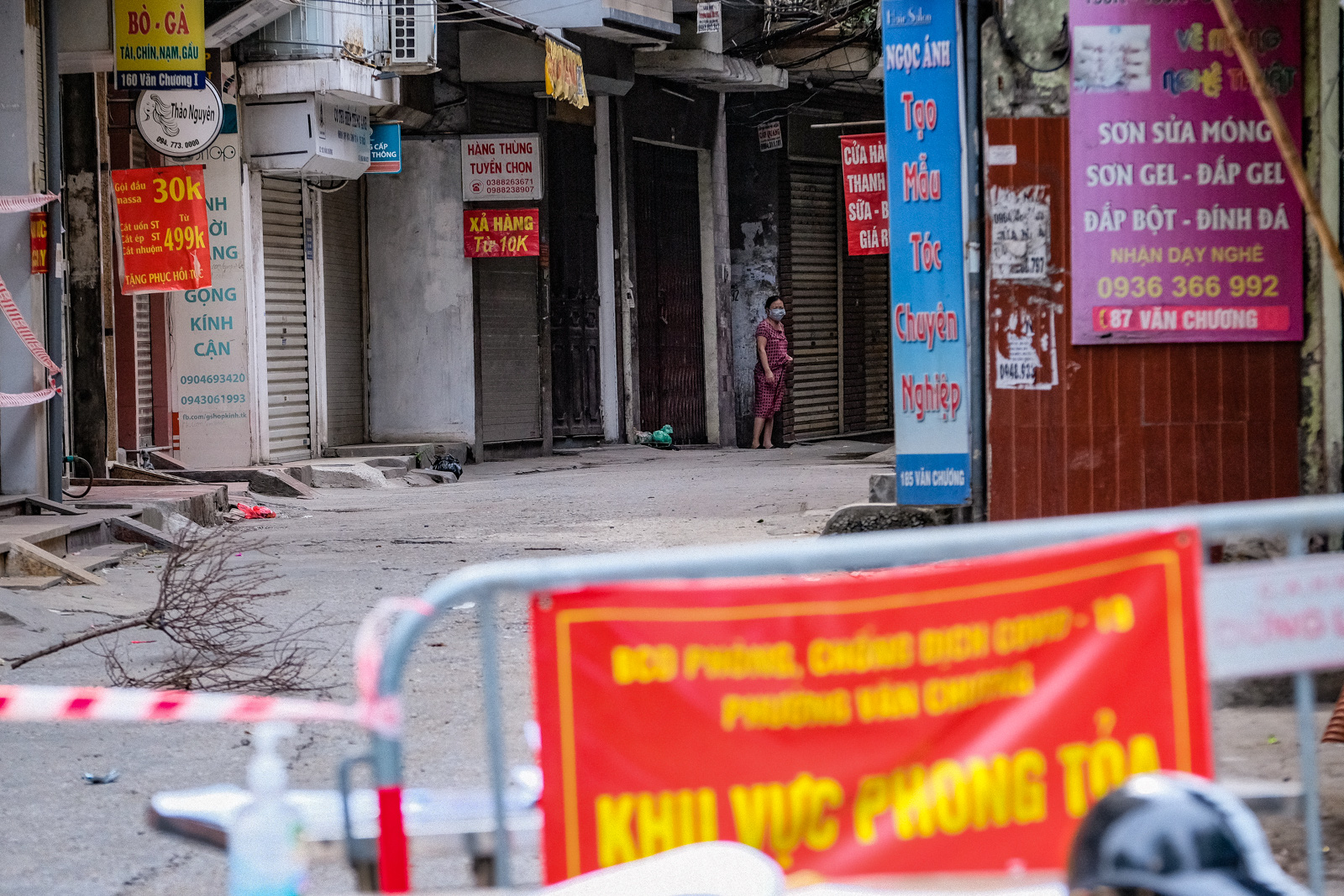 Hanoi locks down areas with 2,800 residents in central district over new infections

Authorities in Dong Da, one of the four central districts in Hanoi, have placed 900 households with 2,800 residents in many areas under medical isolation after detecting new COVID-19 infections there within 14 days.

The locked-down areas are located in Van Chuong and Tho Quan Wards in Dong Da District.

Functional forces have documented at least 18 new COVID-19 cases in Van Chuong Ward, according to the district’s medical center.

Checkpoints had been set up at the entrances to the sealed-off areas before Hanoi started applying social distancing measures under the prime minister’s Directive No. 16 on July 24.

With the new infections, the tally of coronavirus patients in Hanoi has surpassed 1,700, as recorded since the pandemic’s fourth wave erupted in Vietnam in late April.

The capital city added one case on Friday morning, according to the Ministry of Health.

The health ministry also announced 4,008 local COVID-19 cases in 23 other provinces and cities, including 2,563 patients in Ho Chi Minh City, the same morning.

The current severe bout has accounted for 185,162 cases in the total caseload.