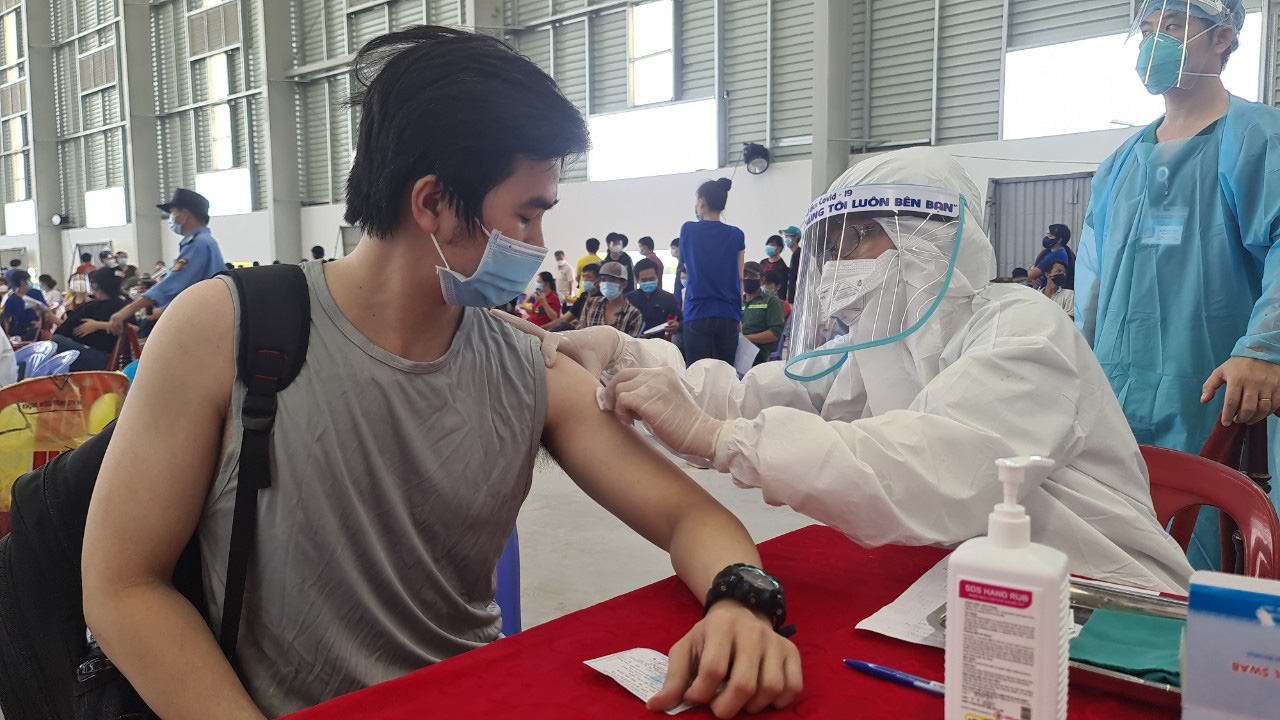 Leaders of Binh Duong Province in southern Vietnam on Sunday sent a request to the Ministry of Health asking for COVID-19 vaccines as many of its wards had to cancel vaccinations due to a serious shortage of doses.

In the request, Binh Duong chairman Vo Van Minh said it is anticipated that local authorities will have to vaccinate over two million residents out of a 2.6 million-strong population this month and in September to ensure a sufficient number of active workers.

Vaccinations are crucial in the cities of Di An, Thuan An, and Thu Dau Mot and Tan Uyen Town, which form an important economic zone in the south of the province and areas adjacent to Ho Chi Minh City, especially when they have recorded high rates of infections, Minh emphasized.

Binh Duong has become the second leader in terms of infections, only after Ho Chi Minh City.

However, when the inoculation progress has just been sped up with a target of 100,000 doses administered per day, several communes and wards in Binh Duong had to cancel their vaccination schedules due to a dearth of vaccines.

The health ministry has allocated the province 544,000 COVID-19 vaccine doses, which is insufficient to immunize workers at nearly 30 local industrial parks, not to mention the whole citizenry.

In comparison, other localities with fewer infections have received more vaccines than Binh Duong.

The provincial People’s Committee thus underscored in the request that more vaccines are urgently needed for workers in the province.

Vietnam has given more than 9.4 million doses to its people, with over 945,800 citizens fully inoculated.

Since the dreadful bout hit the country on April 27, Ho Chi Minh City and Binh Duong have accounted for 124,153 and 29,364 infections, respectively, out of the national caseload of 211,630 cases.