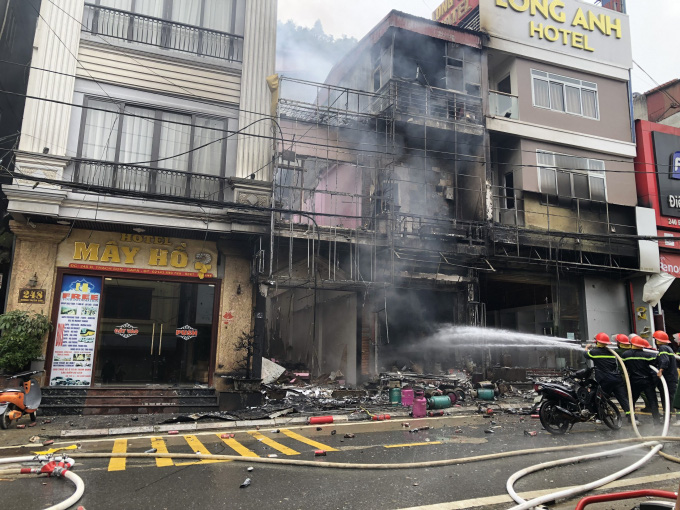 A fire that broke out at a propane store in Sa Pa, a resort town in northern Vietnam's Lao Cai Province, destroyed the entire venue and two adjacent houses on Tuesday.

The store, located at 244 Thach Son Street in the town’s Sa Pa Ward, caught fire at around 10:30 am on Tuesday, according to Do Trong Nguyen, the ward’s chairman.

Firefighters were immediately mobilized to extinguish the blaze upon receiving the report about the incident.

“It was very difficult to put out the conflagration because it occurred at a propane store,” said Nguyen.

“The fire was violent.

"There were many explosions before it spread to the two houses at 242 and 246 Thach Son Street.

"We extinguished it by noon the same day.”

The blaze completely destroyed the propane store and the house at 246 Thach Son Street, according to preliminary assessments, while the house No. 242 suffered partial damage to its first and second floors.

No casualties were reported.

Functional forces are assessing the total damage and investigating the cause of the blaze.