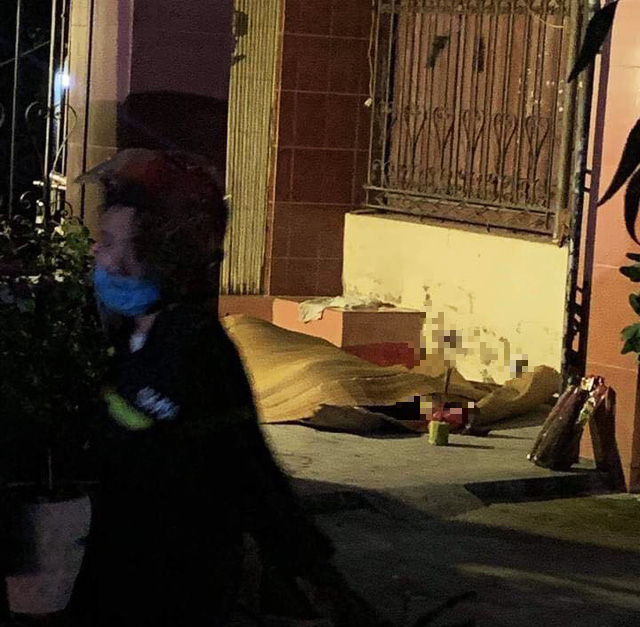 Police in Thuy Nguyen District, Hai Phong City in northern Vietnam have kept in custody a 55-year-old man, the only person surviving a gas explosion that triggered a fire and killed all of his four family members on Sunday, after he admitted to causing the deadly accident.

The man in question, Nguyen Van Hai, is being investigated for unintentionally causing the deaths of other people, based on the evidence gathered and his initial testimony, police said on Monday night.

A gas explosion set Hai’s house in Kien Bai Commune, Thuy Nguyen District on fire at 7:56 pm on Sunday, according to local police.

Hai was severely injured and rushed to hospital in a critical condition.

During the investigation into the case, the 55-year-old man confessed that he was the one who caused the explosion and fire.

He said his daughter Hien, who was living with her husband Khuong in Minh Tan Commune in the same district, recently came with four-year-old granddaughter Nhi to stay at his house after a marriage conflict.

On Sunday, Khuong visited Hai’s house to convince Hien to go back home.

As Hai also tried persuading Hien, the father and daughter got into a dispute.

After the failed attempt, Hai threw a bottle containing petrol into the room where his wife, daughter, son-in-law, and granddaughter were staying together to threaten the daughter to return to her husband’s house.

The petrol bottle fell on a gas lighter next to the son-in-law’s phone, causing the lighter to explode.

The petrol bottle then caught fire from the lighter.

As firefighters and two fire trucks extinguished the blaze, the bodies of the victims were discovered in the room.