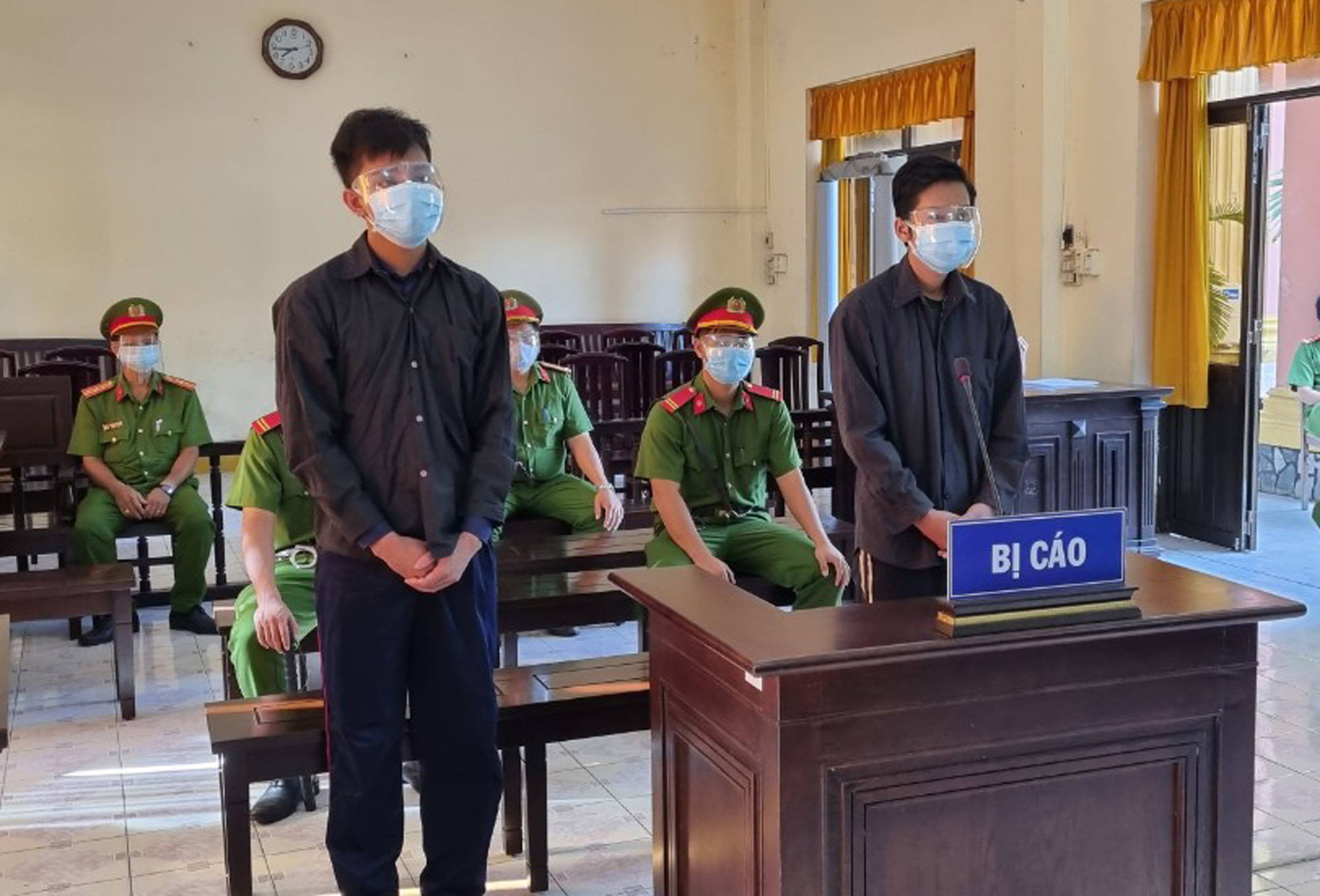 Two men have been sentenced to a total of 30 months in prison for attacking an officer at a COVID-19 checkpoint in Vietnam’s Mekong Delta.

The People’s Court in Kien Giang Province on Monday conducted the trial of Nguyen Van Duong, 30, and Nguyen Van Khanh, 23.

The indictment showed that Duong, Khanh, and three other men took part in a drinking bash at an ice factory in Vinh Hoa Ward at around 7:00 pm on August 4.

Four of them, including Duong and Khanh, decided to continue drinking at Duong’s shrimp farm later that night.

Duong carried Khanh on a motorbike, while their two friends traveled on another motorcycle on their way from the factory to the shrimp farm.

After reaching a COVID-19 checkpoint, they were pulled over by an on-duty officer for administrative inspection in accordance with regulations.

Duong and Khanh did not follow the officer’s request and began insulting and hitting him.

The two were eventually subdued and probed for their wrongdoings.

At the trial, the judge stated that the defendants had disregarded the law and deliberately disobeyed social distancing regulations, which could cause the coronavirus to spread further into the community.

Duong and Khanh were sentenced to 18 months and 12 months in jail, respectively, for obstruction of a law enforcement officer.

Kien Giang has recorded 512 local COVID-19 infections since the fourth wave hit the country on April 27.

The province began implementing social distancing measures on July 14 and has decided to extend the drive for another 10 days from Monday.