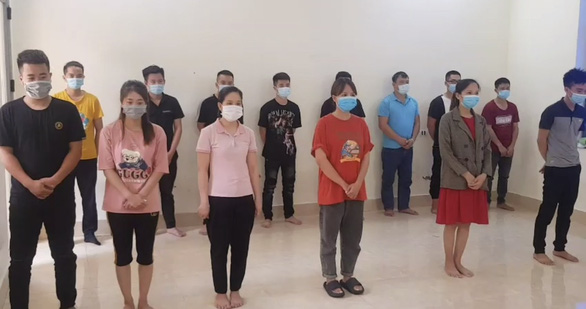 The company director later admitted the seals were printed digital images, while Duong forged the technicians’ and hospital leaders’ signatures.

As many workers in Bac Ninh need coronavirus-free test results to start working at new firms, while inter-provincial drivers also need them to pass through COVID-19 checkpoints, Duong started taking orders via instant messaging app Zalo and forging result certificates at the price of VND150,000 (US$7) for quick test versions, or VND250,000 ($11) for the real-time RT-PCR version.

Among them, Than Van T., Hoang Van H., Nguyen Van D., and Tran Viet B., who hail from northern provinces, purchased a multitude of test certificates to distribute to the inter-provincial drivers of a transport company in Lang Son Province, 130km north of Bac Ninh.

These certificates were on track to help their vehicles earn ‘green lane’ status, which allows vehicles to pass through COVID-19 checkpoints when they are carrying essential commodities, transporting workers, or performing other duties.

Provincial police are expanding their investigation and collecting evidence to clear the case.

One of the gravest outbreak sites in Vietnam back in May and June, Bac Ninh has recently seen some success in quelling the disease, going three weeks without logging any new transmission in the community until an infection cluster was found in a delivery service office on August 14.