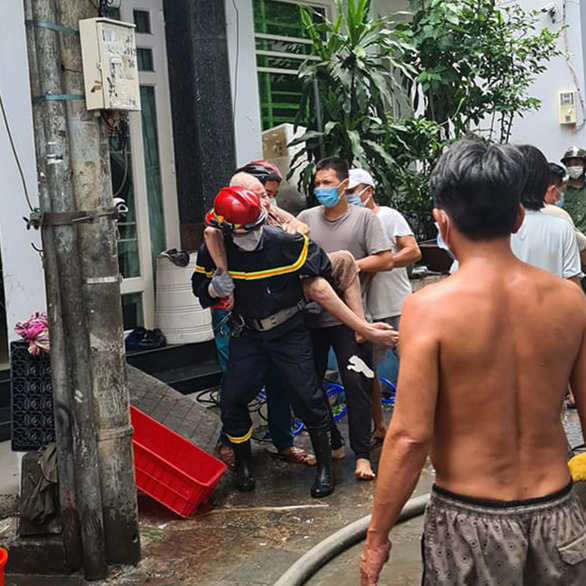 A house in Phu Nhuan District, Ho Chi Minh City was engulfed in a conflagration on Monday, killing one trapped victim.

Residents of the ward spotted the fire around 1:00 pm at a house in an alley on Phan Dinh Phung Street.

However, their prompt attempts to put out the fire showed little success.

According to locals, the blaze trapped four people inside the house, but they only managed to rescue three.

The remainder T.H.H., a 33-year-old woman, was still stuck inside.

The local fire brigade of Phu Nhuan District also promptly arrived at the scene after being notified.

They successfully quenched the flames in a few minutes; however, H. was found dead by that time

The conflagration burned down three motorbikes and other assets in the house.