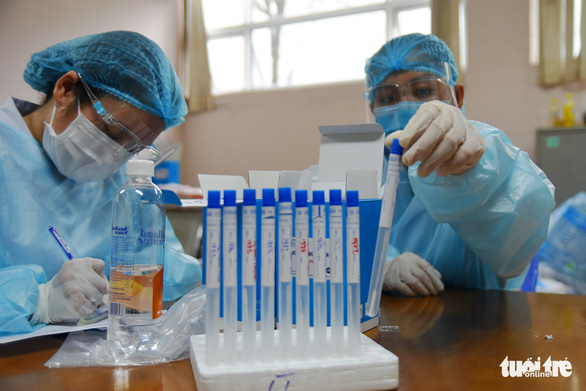 The Ministry of Health announced 12,680 coronavirus infections in Vietnam on Wednesday, along with 13,937 recovered patients and 434 fatalities.

The ministry had documented 14,193 domestically-infected patients on Tuesday.

More than 7,800 of the new domestic cases were detected in the community, with the remaining found in isolated areas or centralized quarantine facilities.

Vietnam has confirmed 559,346 community transmissions in 62 out of its 63 provinces and cities since the fourth – and worst – virus wave emerged in the country on April 27.

The health ministry announced 13,937 recoveries on Wednesday, bringing the total to 325,647.

The toll has mounted to 14,125 fatalities after the ministry logged 434 deaths on the same day, including 268 in Ho Chi Minh City and 34 in Binh Duong Province.

Health workers have administered around 23.5 million vaccine doses, including 771,937 shots on Tuesday, since inoculation was rolled out on March 8.

Over 3.7 million people have been fully vaccinated.