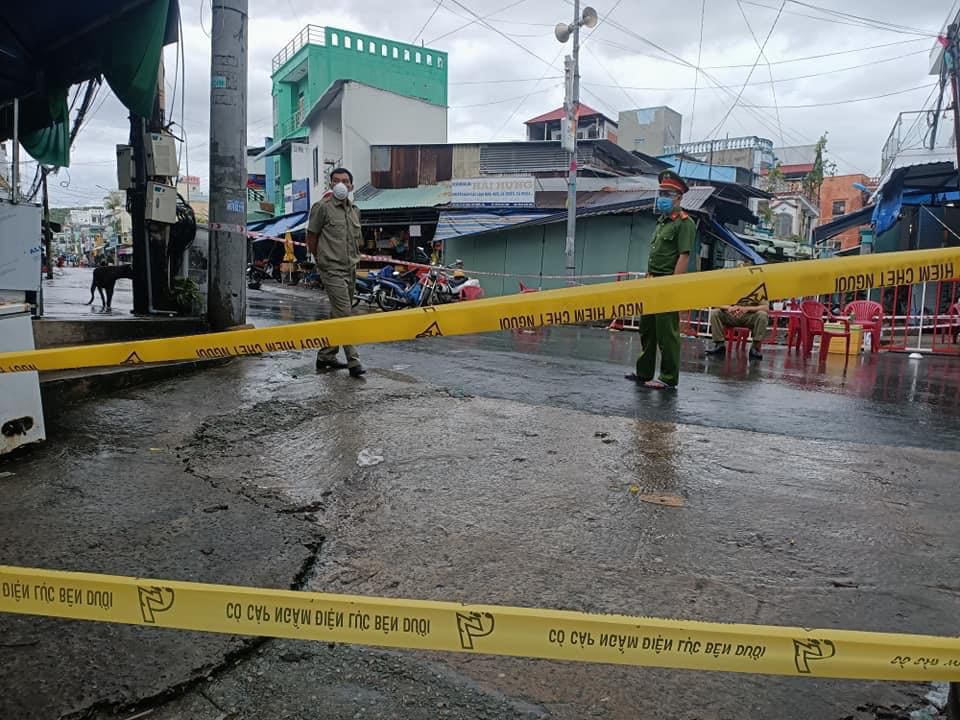 Authorities in Phu Quoc City discovered its first-ever cluster of community coronavirus infections on Tuesday morning, just a few hours after social distancing regulations had been relaxed in the island city off Kien Giang Province in southern Vietnam.

The cluster of ten cases was traced to H., a 45-year-old woman in An Thoi Ward of Phu Quoc City.

H. has visited a nearby market every afternoon for the past month to shop for ingredients for her noodle eatery, which offers takeout and delivery services.

As the woman came to An Thoi Ward’s medical station over a prolonged cough and fever, she underwent a rapid COVID-19 test, whose result came back positive.

Nine people working closely with N. at the Vinh Dam Port in Duong To Commune on September 14 had their rapid COVID-19 tests returning positive as well.

However, the follow-up real-time RT-PCR tests confirmed that only eight of them contracted the disease.

These eight infections have been associated with a number of businesses and social activities in An Thoi Ward since September 14, including processing fish at a fish sauce facility and participating in a funeral.

Functional forces took 505 samples from people living in the same area as the infected cases and 1,200 others from residents of An Thoi Ward for COVID-19 testing.

All of the samples returned negative.

Authorities went on to conduct contact tracing on the patients’ direct and indirect contacts and COVID-19 tests on all residents of the ward.

This is the first community outbreak detected in Phu Quoc City since the COVID-19 pandemic hit Vietnam early last year.

The detection is likely to affect the plan mapped out by the central government, ministries, and Kien Giang Province authorities to reopen tourism activities and welcome international tourists back next month.

Health workers in Phu Quoc City have administered the first COVID-19 vaccine doses to about 35 percent of its 140,466 eligible people and second shots to about five percent of them.

The administration of Kien Giang has just downgraded social distancing regulations in Phu Quoc City and nine districts from the prime minister’s Directive No. 15 to the relaxed Directive No. 19 from 0:00 am on Tuesday after discovering new cases mostly in zoned-off areas in the previous seven days.