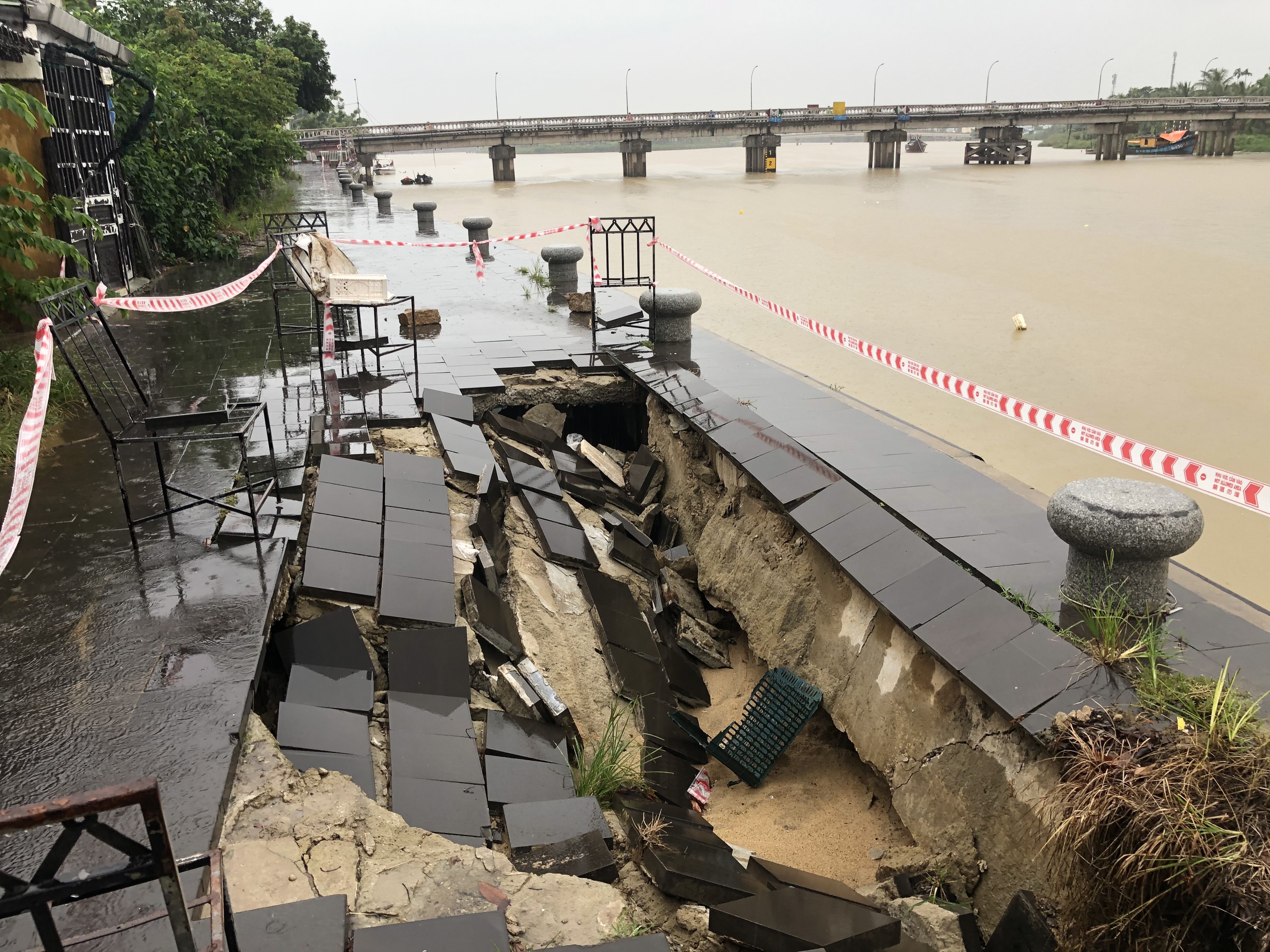 Hoi An City, a famous tourism and cultural destination in central Vietnam, is facing extreme erosion this rainy season.

A sinkhole about two meters wide, seven meters long, and one meter deep appeared on Bach Dang Street in one of the heritage protection areas of Hoi An Ancient Town on Thursday morning, according to the observation of Tuoi Tre (Youth) newspaper reporters.

Bach Dang Street is one of several major streets which offer poetic walking spaces along the Hoai River in Hoi An City, located in Quang Nam Province, in non-COVID-19 conditions.

Cracks cropped up on the street about two weeks ago, before tropical storm Conson hit the region on September 12, according to Tran Van Tai, a local resident.

The street began sinking after the storm swept through, Tai said.

The sinkhole caused many splits leading to the embankment of the Hoai River.

Nguyen Van Son, chairman of Hoi An City, told Tuoi Tre on Thursday morning that local authorities had already reported the erosion to the People’s Committee of Quang Nam.

Functional forces erected barricades to warn people about the sinkhole and a number of other places prone to subsidence.

“Hoi An will spend VND1 billion [US$43,850] on temporary repairs to keep the embankment stable through the rainy season,” said Son.

“In the long run, the provincial People’s Committee will provide us with support.”

Previously, Hoi An completed a project to beef up the protection on the embankment of Hoi An Ancient Town in mid-2016, which included reinforcement to sections that had subsided along Bach Dang Street, according to the Hoi An City People's Committee.

The project’s VND135 billion ($5.9 million) cost was covered by the provincial budget.