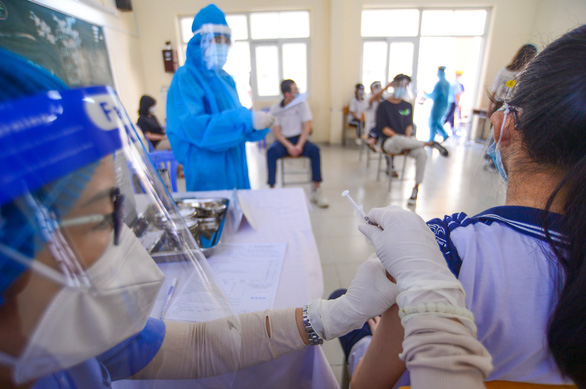 The Ministry of Health reported 5,519 new coronavirus cases in Vietnam on Sunday, along with 1,998 recoveries and 53 fatalities.

The daily count is the biggest in four weeks, as the health ministry logged 5,490 infections on October 2.

The latest cases, including 15 imported and 5,504 local transmissions, were documented in 46 provinces and cities, the health ministry said, elaborating that 2,327 patients were detected in the community.

The nation has documented 916,286 community transmissions in 62 out of its 63 provinces and cities since the fourth virus wave emerged on April 27, 817,517 of them having recovered from the respiratory disease.

The health ministry reported 1,998 recoveries on Sunday, bringing the total to 820,334.

The toll has risen to 22,083 deaths after the ministry recorded 53 fatalities on the same day, including 21 in Ho Chi Minh City and seven in Binh Duong Province.

Health workers have given more than 81.3 million vaccine doses, including 927,656 shots on Saturday, since vaccination was rolled out on March 8.

Over 24.3 million people have been fully inoculated.