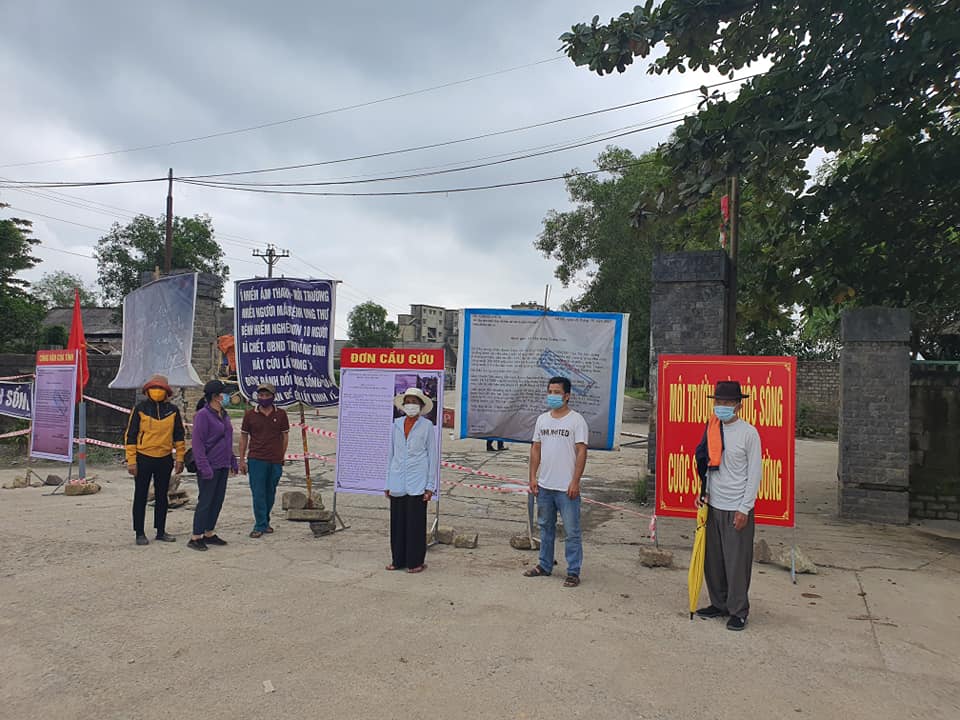 Residents of a province in Vietnam have blocked the entrance of a cement factory over the past days to express their grievances about serious environmental pollution brought about by its operations.

People in Van Ninh Commune, Quang Ninh District, Quang Binh Province have set up fences, banners, and tents in front of Van Ninh Cement Factory over the past couple of days, Nguyen Huu Luong, the commune’s chairman, confirmed on Saturday.

Such a protest has prevented trucks carrying production materials from entering the venue.

Many officials have arrived at the scene but were unable to convince these residents to go home, chairman Luong added.

In the banners, the residents demanded that authorities either shut down the factory or relocate them to another place.

They said that environmental pollution cause by the operation of the facility has become increasingly serious, which negatively affects their health.

The affected residents have complained to relevant agencies many times but the problem has not been solved.

In early 2017, local residents used rocks to block the path leading to the cement factory for the same reason.

Following the incident, the provincial Department of Natural Resources and Environment temporarily suspended the facility and fined the operator VND70 million (US$3,090) for releasing untreated dust into the environment.