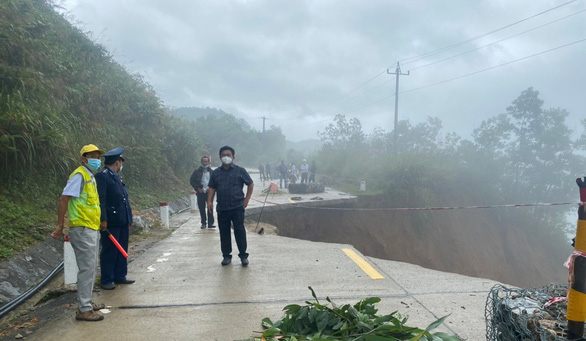 -- Trade and foreign ministers from 21 Asia Pacific Economic Cooperation (APEC) countries on Tuesday pledged to facilitate trade in a broader range of medical supplies to fight COVID-19 and voluntarily work to reduce the cost of vaccines and related goods.

-- The Ministry of Health’s National Institute of Hygiene and Epidemiology on Tuesday received 1,910 vaccine fridges, five million syringes, and 50,000 safety boxes within the framework of a vaccination support project in Vietnam funded by the Australian government and the United Nations Children’s Fund (UNICEF).

-- The contractor of metro line No. 1 in Ho Chi Minh City, which runs from Ben Thanh Market in District 1 to Long Binh Depot in Thu Duc City, started the construction of its last underground track stretching 660 meters from the Municipal Theater to the market in the downtown district on Tuesday.

-- Workers are racing against the clock to complete construction on the Trung Luong - My Thuan expressway connecting Ho Chi Minh City with the Mekong Delta hub of Can Tho that has been repeatedly delayed for over a decade before February next year.

-- A 53-year-old pedestrian died after being hit by a Range Rover on the sidewalk of Xo Viet Nghe Tinh Street in Binh Thanh District, Ho Chi Minh City on Tuesday afternoon. The car only stopped after sweeping into a house.

-- Police in Hanoi are investigating the cause of a house fire that killed a 65-year-old man in Dong Da District on Tuesday afternoon.

-- South Korea has secured 200 metric tons of urea from Vietnam, with the shipment set to arrive next week.