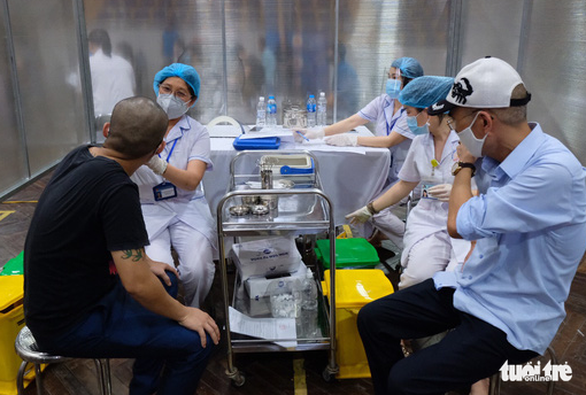 The Ministry of Health added 10,250 coronavirus patients in Vietnam on Tuesday, together with 6,481 recoveries and 87 deaths.

The latest infections, including nine imported and 10,241 local cases, were documented in 59 provinces and cities, the ministry said, elaborating that 4,369 patients were infected the community.

The Southeast Asian country has confirmed 1,040,346 community transmissions in all its 63 provinces and cities since the fourth virus wave flared up on April 27. A total of 868,180 of them have recovered from COVID-19.

The health ministry announced 6,481 recovered patients on Tuesday, elevating the total to 870,997.

The toll has jumped to 23,270 fatalities after the ministry registered 87 deaths on the same day, including 35 in Ho Chi Minh City, seven in Binh Duong Province, six in Long An Province, and the remainder in 15 other provinces and cities.

Health workers have given over 100 million vaccine doses, including 1,089,217 jabs on Monday, since vaccination was rolled out nationwide on March 8.