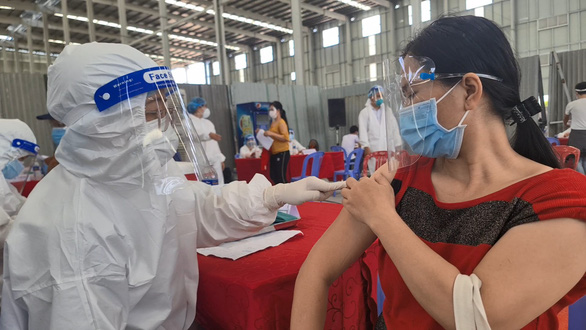 -- More than 80 percent of new COVID-19 patients hospitalized in the southern province of Binh Duong have been vaccinated with at least one dose, the provincial Department of Health said on Wednesday night while ringing an alarm bell on the complicated developments of the pandemic.

-- A batch of 500,000 doses of AstraZeneca COVID-19 vaccine donated by the Argentine government arrived at Noi Bai International Airport in Hanoi on Wednesday afternoon, the Vietnam News Agency reported on the same day.

-- The Department of Health in the northern province of Thanh Hoa is investigating an incident in which two people died of anaphylaxis after being administered the second dose of China’s Sinopharm vaccine on Wednesday morning in Nong Cong District.

-- The Can Tho Stroke International Services in Can Tho City treats more than 25,000 patients suffering a stroke from the Mekong Delta per annum, Dr. Tran Chi Cuong, head of the city’s general hospital said at a conference on Wednesday.

-- Five men from the northern province of Hai Duong and Hanoi were sentenced to death on Wednesday after buying nearly 8kg of drugs in the north-central province of Nghe An at VND800 million (US$35,197) in two months and attempting to transfer them to the north for reselling.

-- The Vietnam Directorate of Market Surveillance will strengthen measures to achieve a goal that by 2025, Vietnam will have had 90 percent of stores that do not sell smuggled and counterfeit goods, Tran Huu Linh, head of the directorate said at a conference on Wednesday.

-- The Investment and Trade Promotion Center of An Giang Province in the Mekong Delta on Wednesday organized a virtual reality exhibition featuring local festivals to promote the locality’s tourism while ensuring COVID-19 prevention.