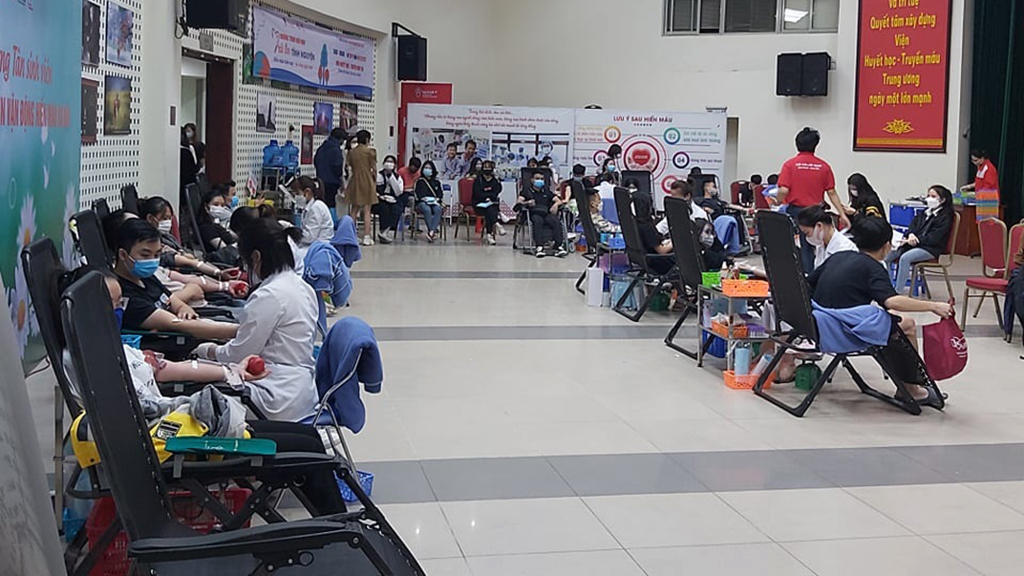 The blood bank at the National Institute of Hematology and Blood Transfusion (NIHBT), which is needed for treating patients at major hospitals in northern Vietnam, is about to run out as many donation sessions have been postponed due to the COVID-19 pandemic.

The NIHBT is in charge of providing blood for more than 180 hospitals in Hanoi and other northern localities.

As of November 26, the blood reserves at the institute had only 4,000 units left, with A and O among the rarest blood types. (One unit = 250 millimeters)

More than 80 blood drives organized by the NIHBT have been postponed due to the complicated developments of the COVID-19 pandemic, resulting in the loss of 25,000 units to the blood bank.

“Residents are always willing to donate blood, but many sessions had to be canceled after localities detected coronavirus cases,” a representative from the institute explained.

From November 11 to 14, five sessions were postponed in Hanoi and northern Nam Dinh Province as many people involved were identified as direct and indirect contacts of COVID-19 patients, he continued.

Prior to November 24, the institute only received about 300-400 units of blood a day, Bach Quoc Khanh – head of the NIHBT – elaborated, adding that the institute had to supply 2,500 units to local hospitals on November 25.

“At this rate, we will soon run out of blood for treating patients at local hospitals,” Khanh stated.

The NIHBT already had to lower the blood supply to hospitals on November 27 and 28, he added.

In the upcoming months, the blood bank will need an additional 80,000 units.

This target will be hard to achieve as the organization of blood donations will be affected by the pandemic, as well as the Lunar New Year, the official said.

Donating blood for others

Despite the pandemic, several blood donations were still able to take place in Hanoi on Sunday, which attracted a lot of donors.

The NIHBT received approximately 7,000 units of blood thanks to the donation drives organized over the weekend.

However, these 7,000 units are expected to run in just five days.

“Our main donors used to be young people and students, but the pandemic has prevented us from organizing donations at local schools,” Khanh said.

“However, the situation usually does not last long as the community is always ready to donate blood for others.”

Khanh urged more people to participate in this meaningful activity, as the blood bank at the NIHBT is not only meant for hospitals in northern Vietnam but also for southern localities during the hard times brought about by the COVID-19 pandemic.

The country has recorded 1,218,886 community transmissions in all its 63 provinces and cities since the fourth virus wave erupted on April 27.