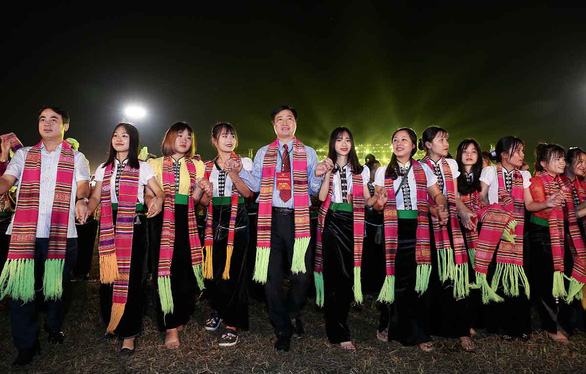 -- Chairman of the National Assembly Vuong Dinh Hue arrived in New Delhi on Wednesday for his official visit to India at the invitations of Speaker of the Lok Sabha (House of Representatives) of India Om Birla and Chairman of the Rajya Sabha (Upper House) Venkaiah Naidu, the Vietnam News Agency reported the same day.

-- From December 12 to 14, a delegation from the Australian Embassy in Vietnam led by Deputy Ambassador Mark Tattersall visited northwest Vietnam to meet with local farmers and businesses who are benefiting from Australian-funded projects, the embassy said in a press release on Wednesday.

-- The majority of 1,967 COVID-19 patients being treated in Da Nang are asymptomatic or have mild symptoms, the city’s health department said on Wednesday.

-- The People’s Committee of Dong Thap Province in southern Vietnam on Wednesday asked for approval from the Ministry of Health and the General Department of Preventive Medicine to shorten the waiting time of fully-vaccinated people to get COVID-19 booster jabs from six to four months in response to the Omicron variant.

-- Police in Dong Nai Province on Wednesday detected more than 10 metric tons of pig offal of unknown origin at a local facility in the provincial capital city of Bien Hoa.

-- Vietnam's export turnover topped US$300 billion in January-November and is expected to hit $330 billion for the whole year, Deputy Minister of Industry and Trade Tran Quoc Khanh said at a forum to promote 2021 export on Wednesday.

-- The Consulate General of India in Ho Chi Minh City, in collaboration with the People’s Committee of Dong Thap Province, on Wednesday organized a virtual conference to promote and enhance trade relations between India and Dong Thap in agriculture, the diplomatic agency said in a press release the same day.