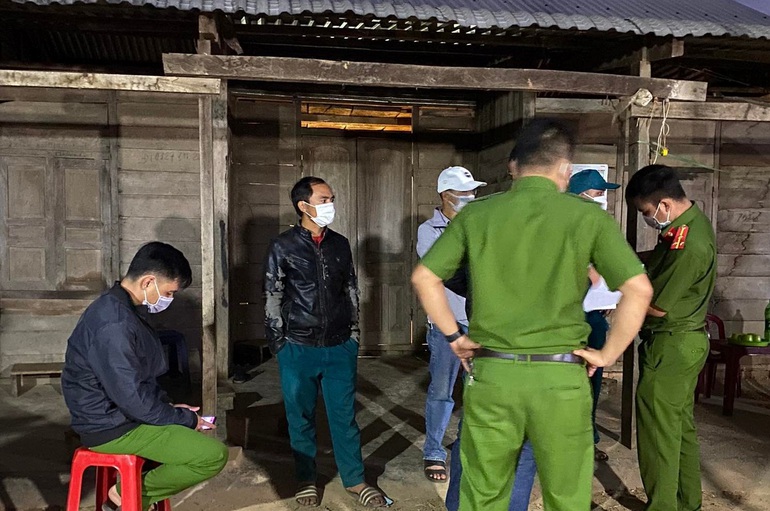 Authorities in Vietnam’s Central Highlands province of Dak Nong announced on Friday afternoon the discovery of the body of a woman who had died in a hanging position, suspecting that was a female resident who had gone missing for over three weeks in a murder case of her two grandchildren.

Local farmers in Dak Nang Commune of Dak Nong’s Krong No District saw the body hung in a cashew garden on Friday morning when it was in a stage of decomposition and released a strong odor.

Both local people and functional forces said that the dead person was wearing women’s costumes of the Hmong ethnic group.

The functional forces then examined the scene and carried out an autopsy on the body, the detection of which coincided with the missing case of Vu Thi Sang, a 57-year-old local woman.

Police officers have been looking for Sang to investigate the deaths of her two grandchildren.

Sang’s two sons had the woman look after the two grandchildren on the morning of December 11, 2021.

As Sang and the two kids remained absent from home by the middle of the same day, their family members started searching for them.

People then found the bodies of the two grandchildren in a pond near their house while Sang remained unaccounted for.

The Dak Nong police then determined the case as a murder and initiated legal proceedings to the provincial People's Procuracy.

According to the Dak Nang Commune authorities, the two aforementioned cases have many details in common, including the distance between the location of the newly-detected body and Sang’s house being only ten kilometers.

The clothes on the body were also identical to those that Sang was wearing when she left home.

Forensic experts are working to determine the identity of the corpse.