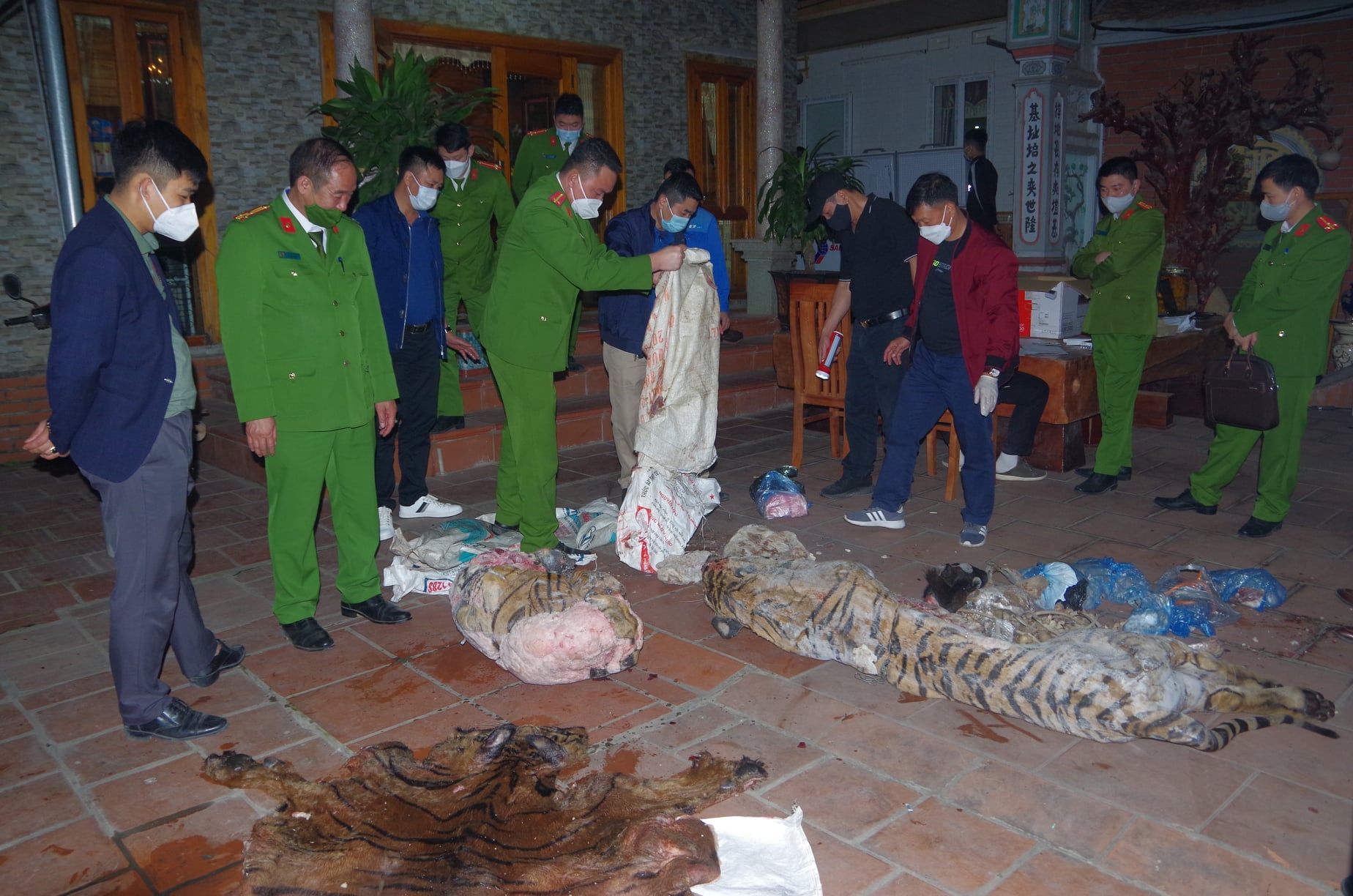 The chairman of a commune-level administration in northern Vietnam has been arrested for slaughtering tigers for bone paste.

A provincial official said later the same day that Quan is chairman of the People’s Committee and deputy secretary of the Party Committee in Tien Phong Commune, Pho Yen Town for the 2021-26 tenure.

“We have requested that local authorities sternly penalize Quan for his wrongdoing,” the official added.

On January 6, the police unit in Pho Yen Town, in coordination with environmental officers under the provincial Department of Public Security, inspected Quan’s house and caught him red-handed slaughtering a tiger.

Officers also found one frozen tiger carcass, a tiger skeleton, two tiger skins, one frozen chamois head, and other animal bones and meat in the yard and kitchen.

Police continued searching the house and discovered 1,578 packages of tiger bone paste and 21 jars of liquid that was labeled ‘fresh bear bile.’

As some people believe that tiger-derived products can cure bone and joint illnesses, tigers are in demand in Vietnam for their meat, bones, and skin.