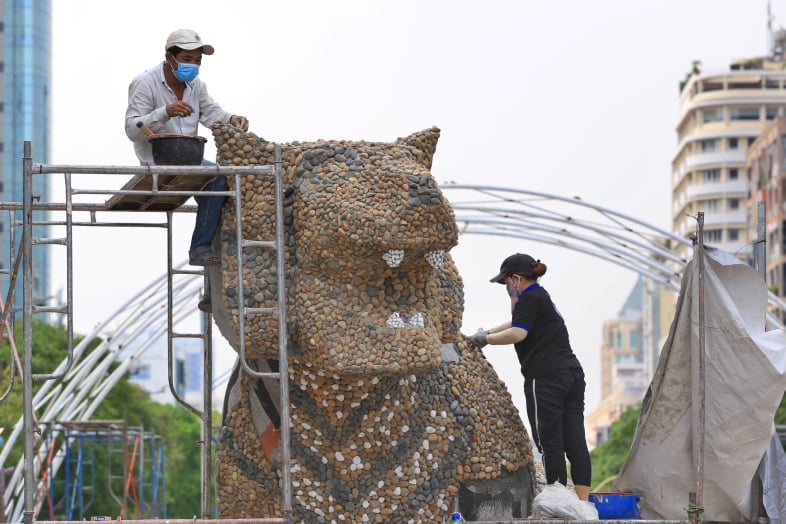 -- Top Vietnamese and Chinese leaders have exchanged their congratulatory messages on the occasion of the 72nd anniversary of Vietnam-China diplomatic relations (January 18), the Vietnam News Agency reported.

-- The Vietnam Department of Peacekeeping Operations will hold a memorial service on Wednesday for Lieutenant Colonel Do Anh, who laid down his life while performing UN peacekeeping missions at Field Hospital No. 3 in Nakasero, Kampala, Uganda on January 6.

-- An official in northern Thai Binh Province has been disciplined for locking a family of four inside their home after two of them had returned from northern Hai Phong City, a locality at high risk of COVID-19 infection.

-- About 2,000 people have used the public bicycle rental service in downtown Ho Chi Minh City on a daily basis during the first month of the pilot phase, according to Tri Nam Group, provider of this service.

-- The Ministry of National Defense has issued an arrest warrant for two men who are both 20 years old for beating to death a military officer in Chuong My District, Hanoi last October.

-- A woman and her three children in Go Vap District, Ho Chi Minh City have been repeatedly threatened and terrorized by a group of men over the debt of her ex-husband whom she had divorced six years ago.

-- Authorities in the Mekong Delta province of Dong Thap and T&T Group organized on Monday the groundbreaking of a 25-story residential and shopping hub in Sa Dec City, which will become the tallest commercial center in the province.

-- Goalie Tran Liem Dieu of the Vietnamese national U23 football team tested positive for COVID-19 in northern Nam Dinh Province on Monday, while the squad are scheduled to participate in the 2022 AFF U23 Championship in Cambodia from February 14 to 26.