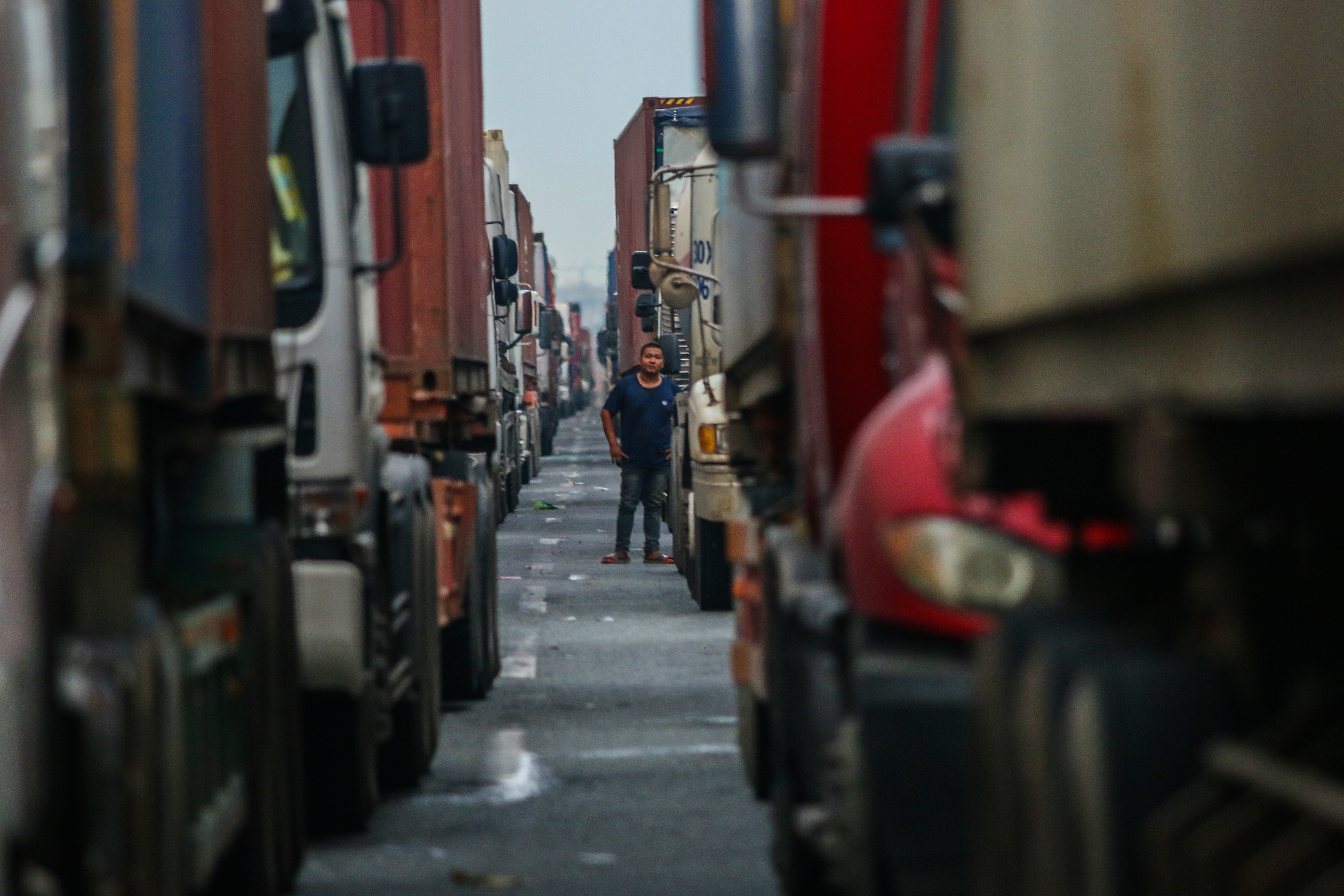 Thousands of tractor-trailers stood immobile on Hanoi Highway in Thu Duc City under Ho Chi Minh City for several hours on Wednesday afternoon due to a serious jam.

The long queue stretched from the Station 2 Overpass to the RMK Intersection, as observed by Tuoi Tre (Youth) newspaper reporters at around 6:00 pm on the day.

Contrarily, traffic in the motorbike lane was normal.

At a one-kilometer-long section of the Station 2 Overpass, some tractor-trailers occupied the lane designed for motorbikes.

Many tired drivers sat down on the street while waiting for better navigation to enter Truong Tho Port, an inland container depot in Thu Duc City.

The volume of goods passing through the depot in recent years has averaged out at 15 million metric tons a year, while for many years, 2,000-2,500 vehicles have been entering or leaving it every day, exceeding its designed capacity, the Vietnam News Agency reported, citing the Ho Chi Minh City Department of Transport.

“Usually at the end of the year, there will be traffic jams like this, but it’s terrible today,” said Vu Ngoc Anh, a 37-year-old driver.

“The shop owner has repeatedly called and urged me, but I can’t do anything in this situation.

“The container trucks have stopped in front of me from 2:00 pm until now because they have to wait for their turn to enter the port.

“It’s been more than four hours and my container truck has inched a few hundred meters.”

Although traffic police officers arrived at the site to deal with the gridlock and divert traffic, the congested scene remained as of 7:00 pm on the same day.