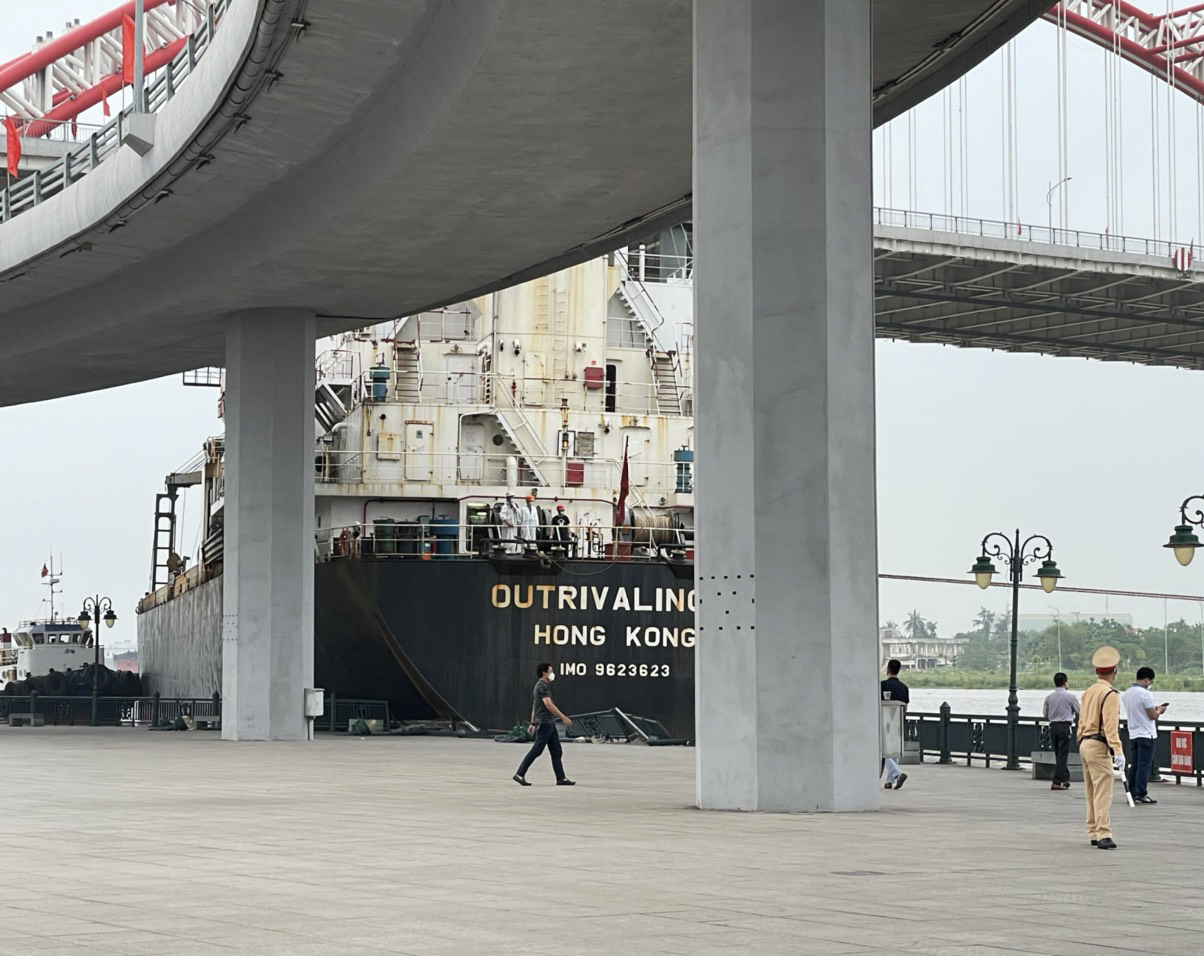 A cargo ship drifted along a river and crashed into the embankment near a bridge after having an engine breakdown in Hai Phong City, northern Vietnam on Thursday.

The Hong Kong-flagged cargo vessel Outrivaling 3 was drifting along a section of the Cam River in Hong Bang District, Hai Phong after its engine broke down at around 4:30 pm, according to the district police unit.

The ship, which has a dead weight of 12,000 metric tons, then crashed into an embankment next to Hoang Van Thu Bridge, causing serious damage to the railing of the embankment.

After being notified, police in Hong Bang District coordinated with relevant units to tow the vessel out of the area to minimize damage.

An officer believed it was fortunate that the ship did not hit the elevated road leading to the main span of the Hoang Van Thu Bridge and that no one was harmed in the incident.

The Hoang Van Thu Bridge is a special-grade traffic work stretching across the Cam River in Hai Phong.

It is considered the most beautiful bridge in the northern city.