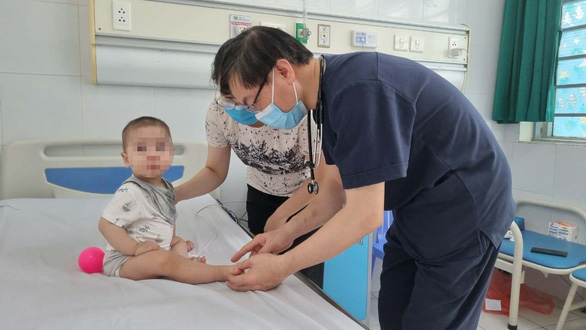 -- President of Vietnam's Ho Chi Minh National Academy of Politics Prof. Dr. Nguyen Xuan Thang was busy with a renewable energy and climate action agenda during his visit to Germany from May 14 to 19, according to the Vietnam News Agency.

-- Dao Huu Nam, chief of the ICU of the tropical disease center under the Vietnam National Children's Hospital in Hanoi, has warned of a spike in hand-foot-and-mouth disease and Japanese encephalitis infections among children in the northern region in the coming summertime.

-- The Vietnam Football Federation presented Vietnam U23s with VND1 billion ($43,200) after the team beat Malaysia 1-0 in extra time on Thursday to set up a men's football final with Thailand on Sunday at the 31st Southeast Asian (SEA) Games.

-- "An advisory panel to the U.S. Centers for Disease Control and Prevention (CDC) on Thursday voted to recommend COVID-19 vaccine booster shots for children ages 5 to 11, at least five months after completing their primary vaccination course," Reuters reported.