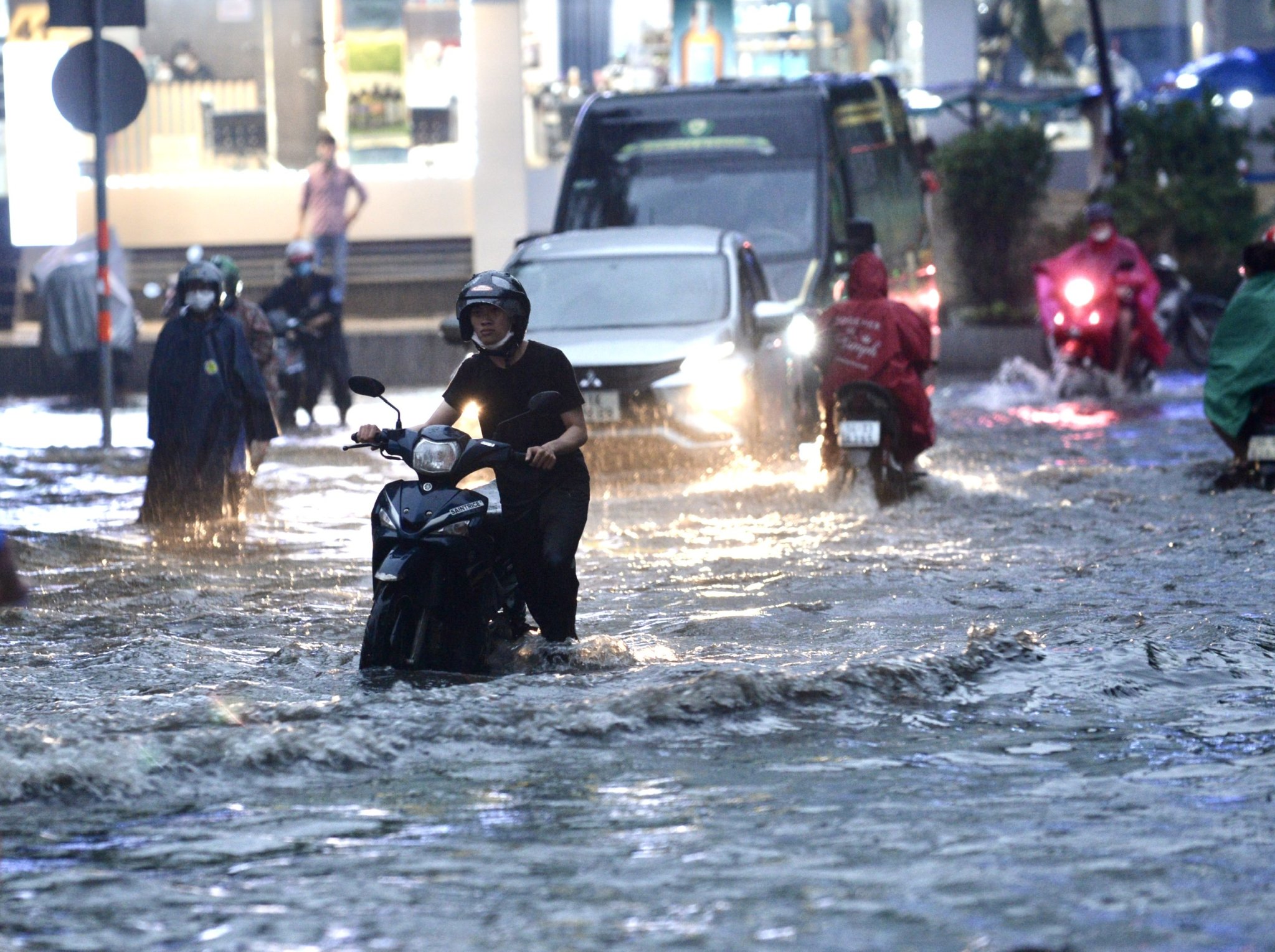 Streets across Ho Chi Minh City were heavily inundated following a prolonged downpour that started on Thursday afternoon and lingered until late in the evening.

Rainfall of 30-50 millimeters lashed southern Vietnamese localities on Thursday, according to the southern hydro-meteorological station.

Along a section of To Ngoc Van Street in Thu Duc City, motorbike wheels were nearly completely submerged.

As of 5:00 pm, many motorcyclists were still waiting on sidewalks for the flood to recede.

Traffic police officers were also mobilized to direct commuters to other routes.

A similar situation was also recorded on Ung Van Khiem Street, with water pouring into houses located on both sides of the road.

Rains in the region were forecast to dampen several localities on Friday morning and afternoon, and increase in intensity in the evening, the southern hydro-meteorological station reported.

The rain volume will gradually drop on Saturday and Sunday.

From June 7 to 11, southern Vietnam may enter a period of low rainfall, causing temperatures across the region to soar.