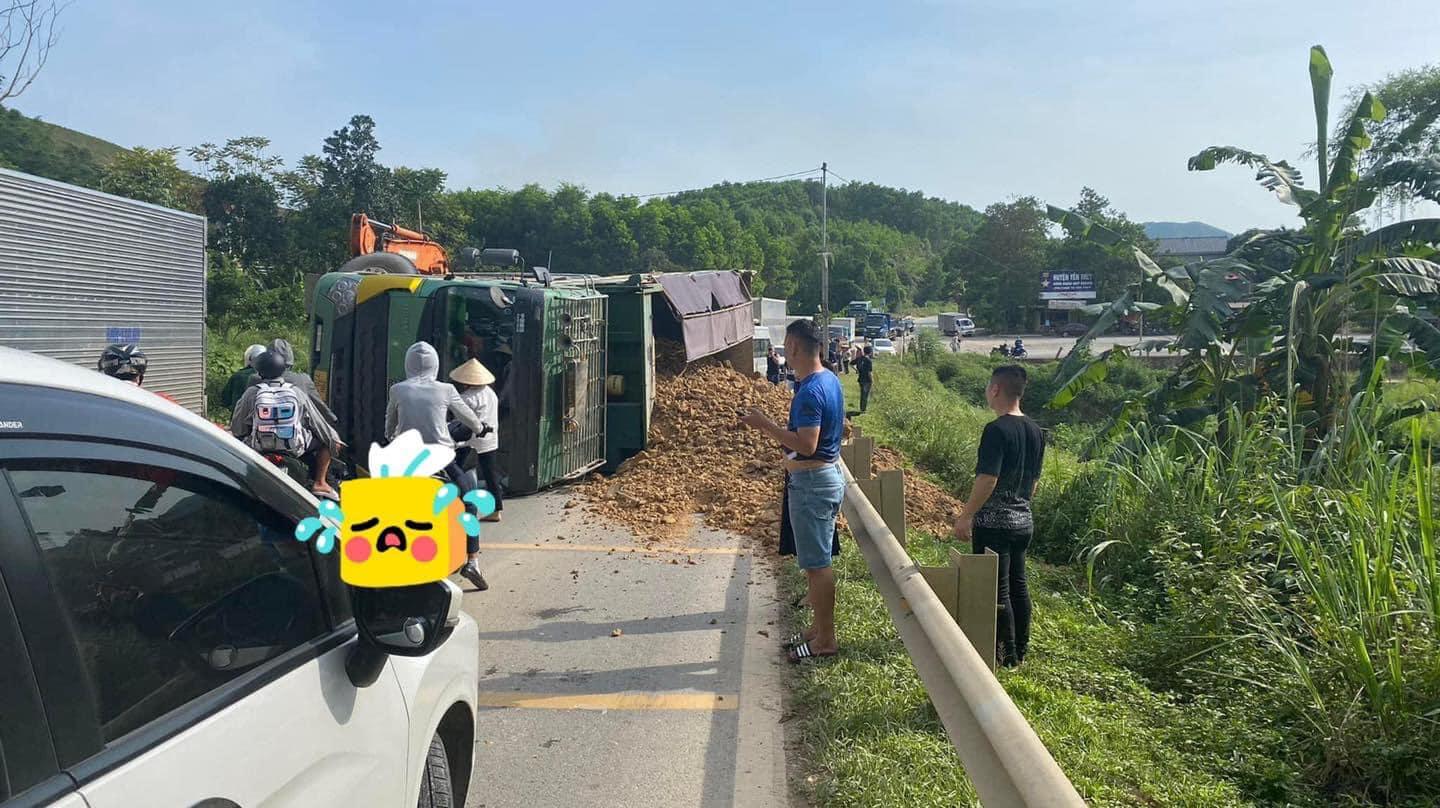 Three people were killed and another hospitalized after a truck tipped over and crushed a car northern Hoa Binh Province on Saturday afternoon.

Preliminary information showed that a truck carrying soil was running on the road when it tipped over and crushed an automobile traveling in the opposite direction with four people inside.

Police and rescue units later arrived at the crash site and used a crane to lift the truck and save the victims.

However, three of the four people inside the automobile had already died, and the remaining victim was rushed to the hospital for emergency treatment.

The truck was slightly damaged while the car was completely distorted.

An eyewitness said the truck was trying to evade an excavator on the road, which caused it to tip over, VnExpress reported.