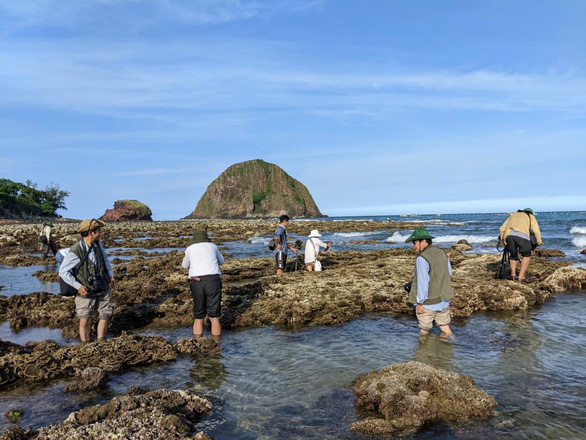 The order came after media reports of damage to the coral reefs caused by local people, tourists, and photographers.

The landscape cluster of Hon Yen was recognized as a national relic site in April 2018.

This is an ideal destination for seeing coral reefs which are often unveiled at low tides.

However, overtourism has harmed the marine ecosystem in the area.

Many neglectful visitors walk on or touch the coral reefs, damaging or killing them.

Most recently, images capturing a group of photographers trampling a coral reef at Hon Yen to take photos stirred criticism from the public last week.

Local authorities assigned police officers and related functional forces to guard the relic site, cautioning visitors against stepping on the coral reefs following the incident, while the provincial People’s Committee requested its lower-level administrations to carry out measures in order to effectively protect the place and report the result before June 27.