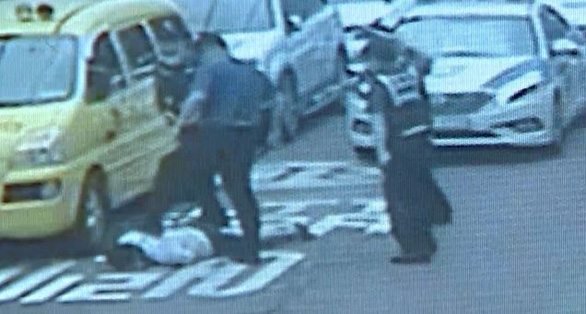 A video of South Korean police suppressing a 20-year-old Vietnamese man roaming the street with a kitchen knife sparked an online controversy over discrimination against foreigners in the East Asian country, Chosun Ilbo reported on Tuesday.

As the man was spotted near a kindergarten when the school was about to let out, the local police department sent three patrol cars to the scene over a fear that he could be a danger to the children.

In the video, police officers ask the man to drop the knife in his right hand five times, before using a baton and a taser to disarm him, kicking him down, and handcuffing him.

As the man was not fluent in Korean, the officers needed an interpreter to collect statements from him at the police station, according to Yonhap News Agency.

The man explained that he was just walking home after borrowing the kitchen knife from a friend to cut duck meat when he was arrested by the police officers.

During the investigation process, the Gwangju City police department managed to determine that the man in question is a Vietnamese citizen, about 20 years old and currently residing illegally in the city.

They handed him over to the office of the Korean Immigration Service to carry out deportation procedures.

After the footage of the suppression process was broadcast, the police’s use of a taser and a baton caused a heated debate among netizens in South Korea.

Some of the netizens think that the police side’s suppression was too much because the man showed no intention of protesting and merely could not communicate with the officers due to the language barrier.

Some NGOs criticized the case as an 'excessive exercise of public power.'

They filed a complaint to the National Human Rights Commission of Korea on Monday claiming that this action of the police violated human rights and showed discrimination against foreigners.

As of Tuesday afternoon, the number of comments and shares on this incident on forums and social networking sites in South Korea had exceeded 800 and 160,000, respectively.