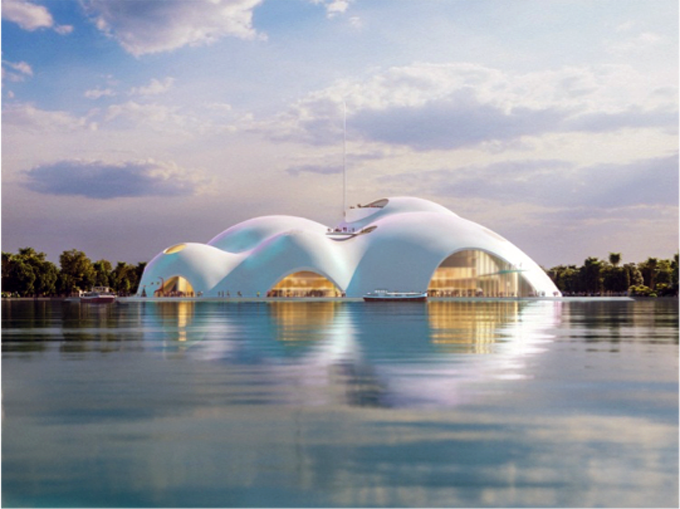 Hanoi to construct 3,500-seat floating theater next to West Lake

Authorities in Hanoi are planning to build a 13,000-square-meter floating theater with 3,500 seats in Dam Tri Lake, located next to the city’s famous West Lake.

The People’s Committee in Tay Ho District has announced a detailed project on developing the center of ​​Quang An Peninsula, including the construction of a floating theater in Dam Tri Lake next to West Lake.

The facility is expected to be designed by the world's famous Italian architect Renzo Piano and will become a new cultural symbol of the capital city, VnExpress newspaper quoted Tay Ho District’s vice-chairman Nguyen Le Hoang as saying.

It will house performing arts and major political and cultural events of the city.

According to the project, the center of ​​Quang An Peninsula will cover 77 hectares, bordering Xuan Dieu Street in the north, Thuy Su Lake in the northwest, and West Lake in the southwest.

The area will include greenery, entertainment areas, a spiritual park, a cultural theme park, a commercial and service area, and hotels.

The Tay Ho District People’s Committee stated that the project matches the urban planning of the West Lake area and is part of the construction planning of Hanoi during the 2022-30 period, with a vision for 2050.

The district administration is expected to organize a conference to collect feedback on the project from organizations and local residents in late July.