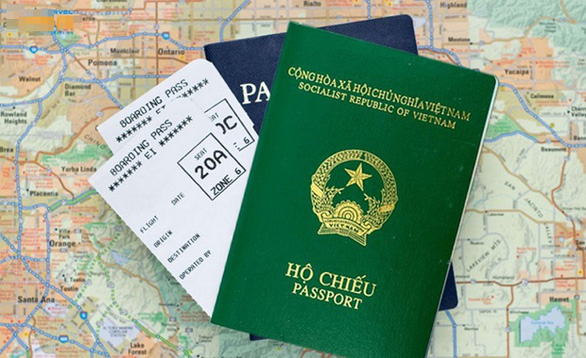 Vietnam's passport climbed three spots to become the 92nd most powerful in the world, according to the Henley Passport Index 2022 released on Tuesday by London-based global citizenship and residence advisory firm Henley & Partners.

Vietnamese passport holders can travel to 55 countries either without a visa or with the ability to easily acquire one through an on-demand program.

The current ranking is a three-notch improvement from the Southeast Asian country's 95th place in 2021.

Vietnam's passport ranked 21st in Asia and eighth in Southeast Asia, whereas Malaysia, Thailand, Indonesia, and the Philippines were among the strongest.

Similar to Vietnam's, China's passport climbed three positions to the 69th in 2022.

With a record-high visa-free or visa-on-arrival score of 193, Japan's passport retained its status as the world's most powerful, according to the Henley Passport Index 2022.

Singapore and South Korea tied for second-standing scores of 192.

Germany and Spain shared fourth place in Europe thanks to their ability to access 190 destinations, followed by Finland, Italy, and Luxembourg all at 189.

Afghan nationals sat at the bottom of the index once again with the ability to access just 27 countries without needing to secure a visa in advance.

The ranking is one of numerous indexes developed by financial firms to rate worldwide passports according to the access they provide for their holders.

The Henley Passport Index assesses 199 passports based on the number of visa-free places to which their holders have access.

It is updated in real time throughout the year, as and when visa policy changes come into effect.

According to CNN, the index does not take into account temporary restrictions or airspace closures.