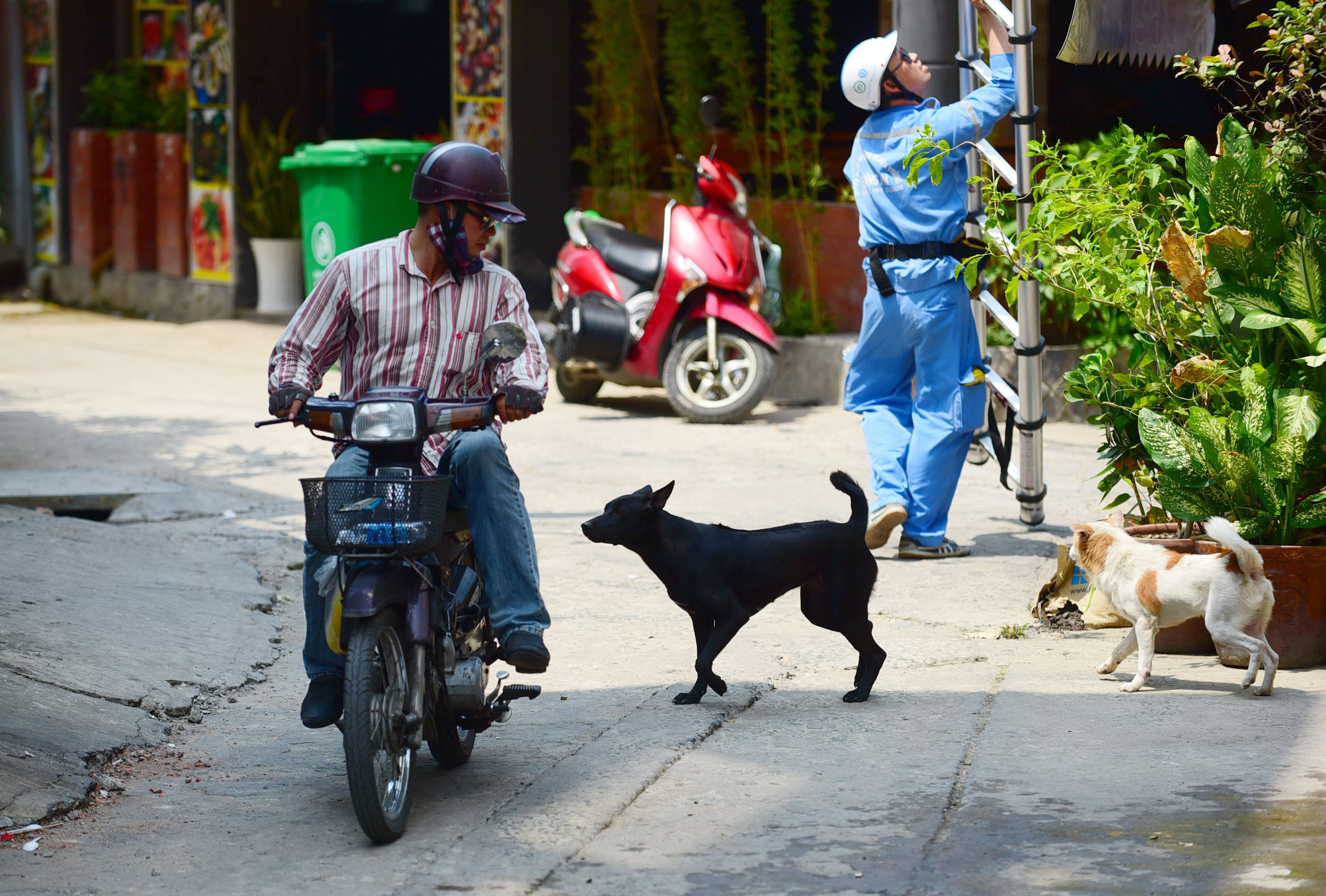 It is quite easy and simple to purchase a fierce dog breed such as pit bulls in Vietnam, but current regulations seem to be ineffective in managing these canines and preventing unfortunate incidents.

There are many groups for pit bull owners and traders on Facebook, attracting tens of thousands of followers.

In one of these groups, a user named D.V.T. posted several statuses about the sale of pit bulls, along with the dogs’ information and contact details of the seller.

One of T.’s pit bulls is a fully grown female American bandogge, weighing 45 kilograms and selling for VND30 million (US$1,280).

The seller said that the dog is quite aggressive and that owners can use the canine for guarding their house or for breeding.

In another Facebook group, a 30-kilogram tri-color pit bull was offered at VND20 million ($854), with the seller advertising that the dog has a strong bite force and can be trained into a trustworthy house guard.

He added that he does not have any origin certification as he had bought it a long time ago.

If kept in tight spaces and poorly trained, these canines can become stressed and unusually aggressive.

Some owners without proper knowledge like to follow unhealthy trends by giving their dogs steroids and feeding them raw meat to boost muscle growth.

There are also pit bull mix breeds with special appearance and colors, but these dogs can easily have their wild nature awakened, the dog trader said.

Raising pit bulls is not banned in Vietnam, thus it is difficult to prevent these dogs from attacking people, he added.

Do Ngoc Thanh, a lawyer from the Ho Chi Minh City Bar Association, stated that dog traders need to register their business operations with relevant agencies in accordance with the law.

Some foreign dog breeds are more aggressive compared to domestic ones, so there should be strict regulations in trading and raising these specific hounds, Thanh elaborated.

Authorities need to make a list of dog breeds with high threat levels and impose corresponding conditions and regulations for the trading and raising of these canines, as well as strict penalties for violators.

The law requires people to be responsible for providing compensation according to the Civil Code if their pets cause damage to the health, life, or property of others.

If the injuries are too severe, the pet owners must bear penal liability for unintentionally causing harm to another person in accordance with the Penal Code, the lawyer continued.

If the pets kill another person, the owners may face up to 10 years in prison for manslaughter, he said.

According to a veterinary officer, current regulations require dog owners to register with local authorities, keep the canines in their houses, ensure environmental sanitation, use a muzzle or leash when taking them for a walk, and vaccinate them against rabies every year.

However, hardly any family registers with the authorities when raising dogs, including aggressive breeds like pit bulls and German shepherds.

The officer believed that stricter rules should be implemented to better manage vicious dogs and prevent tragic incidents.

Nguyen Van Long, acting director of the Department of Animal Health under the Ministry of Agriculture and Rural Development, said that the recent incident where an-year-old boy was bitten to death by a pit bull is very heartbreaking.

However, a few unfortunate incidents should not result in the ban of the dog breed, Long continued, adding that it should be based on many regulations and scientific research.

“Current regulations and directives on raising pets are very specific, but the main problem is in the implementation of these rules in each locality,” the official assessed.

About 10 million households in Vietnam are raising dogs, and cases where dogs fatally attack humans are still rare, he added.

On July 22, an eight-year-old boy was fatally attacked by a 30-kilogram pit bull at a house in southern Binh Phuoc Province.

In mid-July, a man from central Da Nang City released his 40-kilogram pit bull and 30-kilogram German shepherd and let them attack his neighbor during a conflict, causing the victim to suffer multiple injuries.

In May 2021, a pit bull mauled to death a man and injured his owner as the latter tried to intervene in the Mekong Delta province of Long An. The dog was then put down by local authorities.

In the same month, a 28-month-old child from south-central Khanh Hoa Province was hospitalized with a serious leg wound caused by a neighbor’s pit bull. The dog also bit off a knuckle of the boy’s father as he tried to save his son.