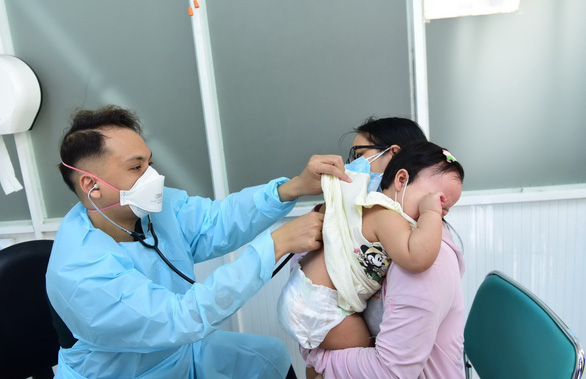 Doctors at Children’s Hospital 2 in Ho Chi Minh City said on Tuesday that they had successfully saved a one-year-old girl who mistakenly drank gasoline from a soft drink bottle last week.

The girl, residing in Phu Yen Province, south-central Vietnam, was diagnosed with hydrocarbon pneumonia at a local hospital before being transferred to Children’s Hospital 2 in Ho Chi Minh.

The patient was intubated during the hospital transport and is currently in stable condition.

The gasoline in the soft drink bottle, according to the patient's family, was not warned since it was placed in the refrigerator.

They only found out after mistakenly allowing the toddler to drink the gasoline.

The girl immediately choked and was rushed to a hospital near her home for intensive treatment.

Because gasoline can easily enter the pulmonary capillaries and alveoli, inflaming, and restricting lung ventilation.

After that, the patient will suffer a severe lack of oxygen and may even die.

Dr. Phat recommended against placing gasoline in bottles with beverage labels because it is not only possible to cause fires and explosions, but also easy to be confused with adult and child beverages.

Every year, there are roughly 10 incidents of mistaken gasoline consumption at Children's Hospital 2.