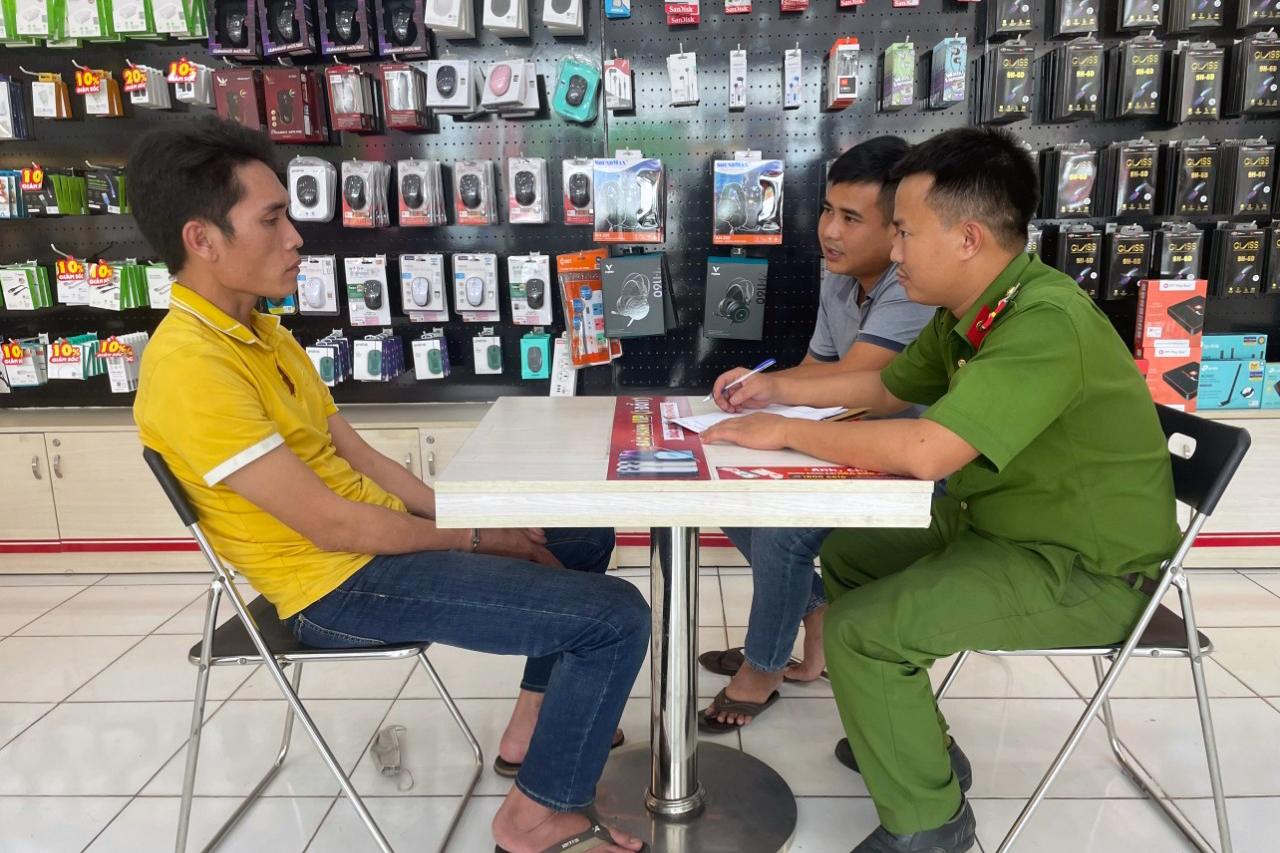 Man arrested for thieving tech devices worth over $40,400 in southern Vietnam

Police in the southern Vietnamese province of Dong Nai announced on Monday the arrest of a local man who broke into a mobile phone shop and stole several electronic devices worth more than VND1 billion (US$40,428).

They seized one pair of force pliers, one knife, one wrench, along with 54 mobile phones, 22 laptops, and one tablet, whose value totals more than VND1 billion, at the scene.

At the police station, Thuan, living in the same district, admitted to stealing the confiscated electronic devices from the shop and to two other motorbike theft cases in the neighborhood.

The investigation is underway.