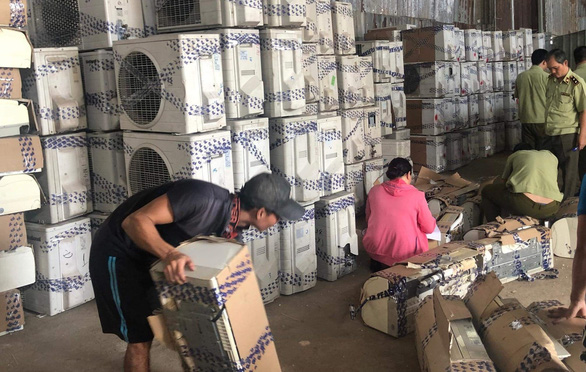 The indictment showed that Hoang Duy Tien, 37, who was sacked from the police division in charge of dealing with economic crimes, corruption, and smuggling (PC03), took advantage of regulations that allow the import of used machinery, equipment, and production lines.

In 2019, he set up 47 companies and signed agreements with equipment and machinery owners in Japan and China to buy through them.

The Vietnamese law stipulates that imported machinery should be less than 10 years old or, if not, have written authorization from relevant agencies.

But Tien’s companies imported products more than 10 years old, so he had his staff forge documents to get through customs and sold them at high prices.

Tien’s crimes were detected in May 2021, and he and four other suspects were arrested later the same month.

He and 24 other suspects, including those who had worked for Dai Minh Viet and the used equipment and machinery owners, were also indicted for the same offense as Tien.