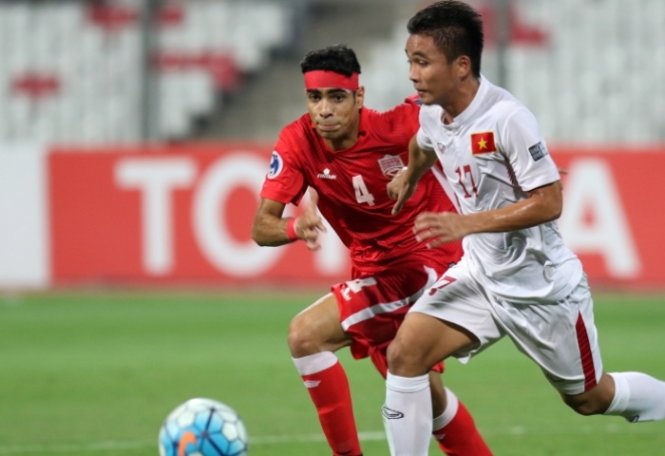 Vietnam’s Under-19 football team have made history by securing the country’s first-ever U20 World Cup berth after a 1-0 victory against host nation Bahrain in their AFC U-19 Championship quarterfinal on Sunday.

As one of the top four teams, Vietnam have now qualified for the 2017 FIFA U-20 World Cup, to be held in South Korea next year.

Vietnam’s U19s have wowed fans at home with their displays in Bahrain, yesterday’s win beginning a new chapter in the country’s football history.

While both teams took a cautious approach into the match, neither side really dominating the first half, it was Vietnam who launched more attacks than hosts Bahrain.

In the 56th minute Vietnam’s coach Hoang Anh Tuan indicated his intent to settle the game inside 90 minutes, when he substituted defender Van Hao for striker Duc Chinh,

The move paid off not long after, when in the 72nd minute, Ho Minh Di smashed a volley from a long free kick into the box and Tran Tranh deftly converted by redirecting the cross-shot over the Bahrain goalkeeper’s outstretched arms and into the net with a first-time chip.

The result meant Vietnam remained unbeaten in the tournament, having beating North Korea 1-0 in their group stage opener, and then tied with both the UAE and Iraq, 1-1 and 0-0 respectively.

The team were not expected to advance this far in the championship, but have now made it to the last four.

In the other quarterfinal on Sunday, Saudi Arabia beat Iraq 6-5 on penalties after ending 2-2 in regulation time.

Japan will face Tajikistan and Uzbekistan will challenge Iran in the remaining quarterfinals to be played today, October 24.

The semifinals will both take place on Thursday, October 27.

The AFC U-19 Championship is held every two years by the Asian Football Confederation (AFC).

Now in its 39th edition, the U-19 Asian Championship is scheduled to run between October 13 and 30, and involves a total of 16 teams. Qatar are the reigning champions.