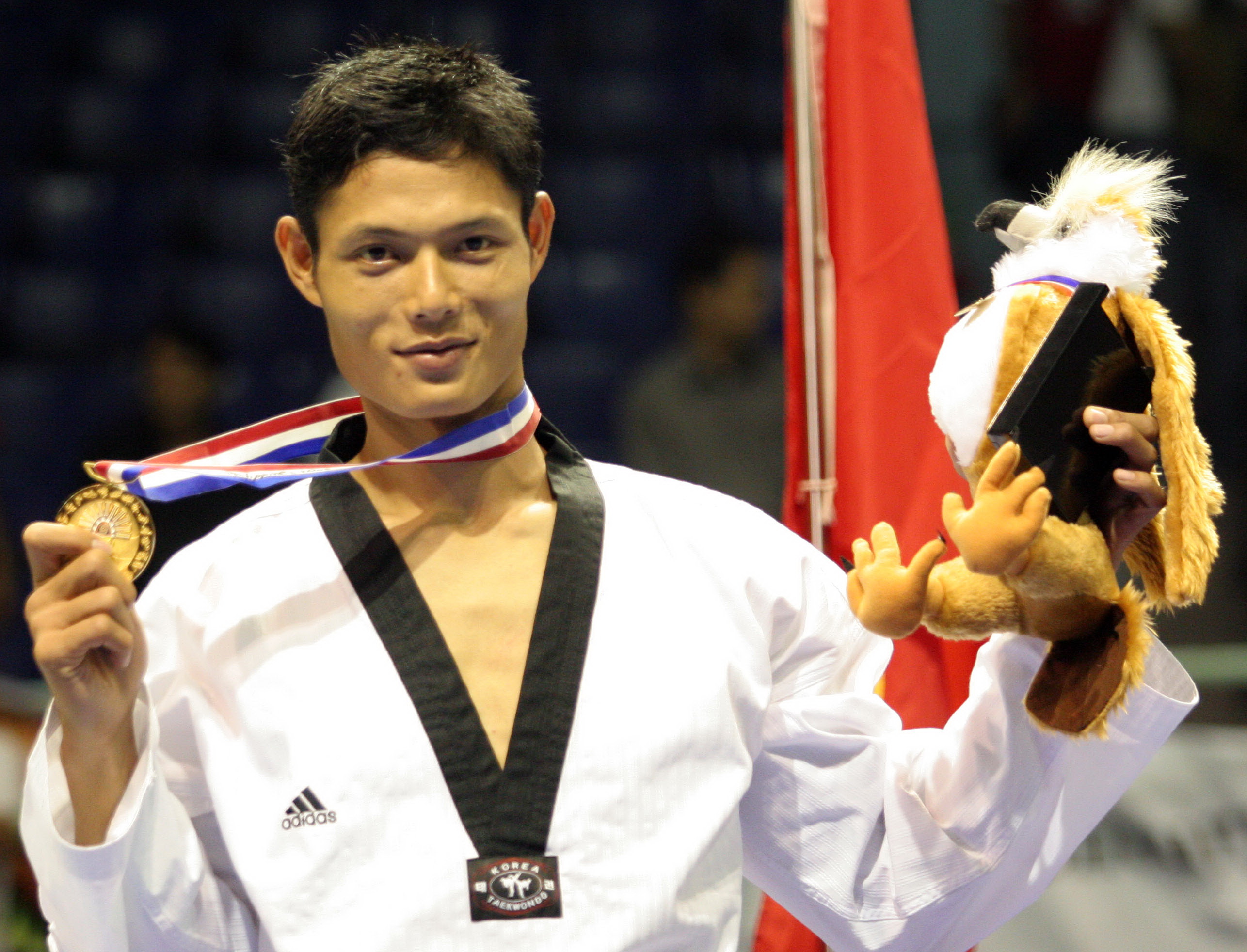 While it is not uncommon for athletes to pursue more than one sport, it is unusual for one to become professional at two at once.

Nguyen Van Hung is an exception to the rule, having mastered both taekwondo and basketball.

Hung, 36, was Southeast Asia’s invincible taekwondo champion for nearly a decade before taking up basketball.

While Saigon Heat is full of foreign players, Hung was the only Vietnamese to be on the floor when the club beat Taiwan’s Kaohsiung Truth in the ASEAN Basketball League in Ho Chi Minh City last week.

Hung has so far played the most minutes of any of his Vietnamese teammates, a feat for the veteran player, given the fact that he only took up basketball after a successful taekwondo career.

Between 1999 and 2007, Hung was unbeatable in the men’s 80kg taekwondo category in Southeast Asia, winning five gold medals at five separate SEA Games, the region’s biggest sporting event, and secured Olympic selection during this period.

However taekwondo was not the first sport Hung took up and turned professional at.

At the age of 13, Hung already stood nearly 1.8 meters tall and was playing for the junior volleyball team in his home province of Thanh Hoa. Unfortunately, just one year later the team was dissolved and the leggy teenager was told to choose a new sport.

Thanks to his physique, Hung was favored by taekwondo coaches and he decided to take up the martial art, before emerging as the Southeast Asian champion and Beijing 2008 Olympian.

As part of their training, taekwondo martial artists are required to practice basketball in order to boost stamina and strength, and it was then that Hung found his love for another new sport.

“We were asked to practice basketball for about an hour a day,” Hung recalled. “While most of my teammates only considered it exercise, I was seriously into the sport and grew increasingly fond of it.”

By that stage it was the late 1990s, when Vietnam had yet to develop a professional basketball league, so Hung continued to pursue taekwondo.

It was not until 2009, when Hung retired from professional taekwondo, that he began devoting more time to the increasingly popular ball sport.

Soon, in 2014, two years into his 30s, Hung was invited to play for the Saigon Heat, and thus officially began his career as a basketball player.

Taekwondo is a career, basketball is a passion

Now standing 1.95m tall, with the physique and strength of a veteran martial artist, Hung is fearless on the basketball court.

The 36-year-old multisport athlete said he loves basketball, but will never forget the sport that first shot him to fame.

“To me, basketball is a passion, but taekwondo is my career,” he said.

“Taekwondo has trained me to fight and to stay fearless against all challenges.”

Hung said the martial art has brought him everything, from personal success to his contribution to the country.

“Still, I always hope to be able to play two sports at a time, if my coaches permit,” he said.

In fact, Hung is leading a busy life with a busy schedule in both sports. Hung will play basketball whenever Saigon Heat has a game, while moonlighting as the head coach of taekwondo for Thanh Hoa.

However, the multisport athlete has admitted that he “feels tired sometimes” because “I am nearly 40 after all.”

“There is not much time left for me so I am trying to pursue all my dreams,” he said.