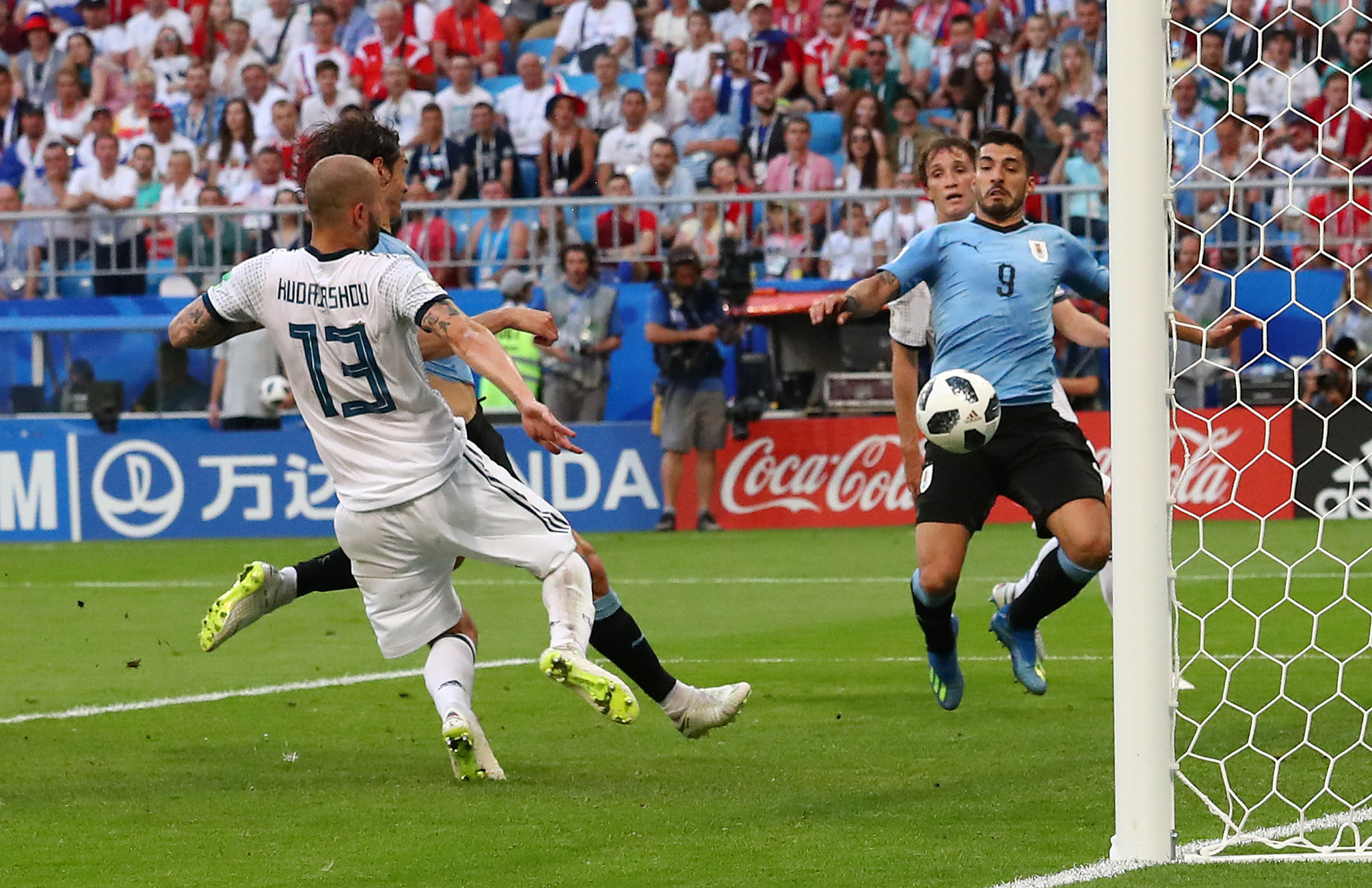 Russia, who had already qualified along with Uruguay for the last 16 after winning their first two games, played much of the match with 10 men after Igor Smolnikov was sent off for two yellow cards after 36 minutes.

Suarez opened the scoring in the 10th minute with his seventh World Cup goal and Uruguay's lead was doubled in the 23rd minute when Diego Laxalt's shot took a wicked deflection off Cheryshev.

Cavani, Suarez's strike partner, sealed the victory to open his World Cup account with a goal from close range after a corner in the 90th minute.

Landon Donovan, the United States' record scorer who was left out of the World Cup squad, has criticized coach Juergen Klinsmann's tactics during their campaign which ended with a 2-1 second round extra-time defeat by Belgium