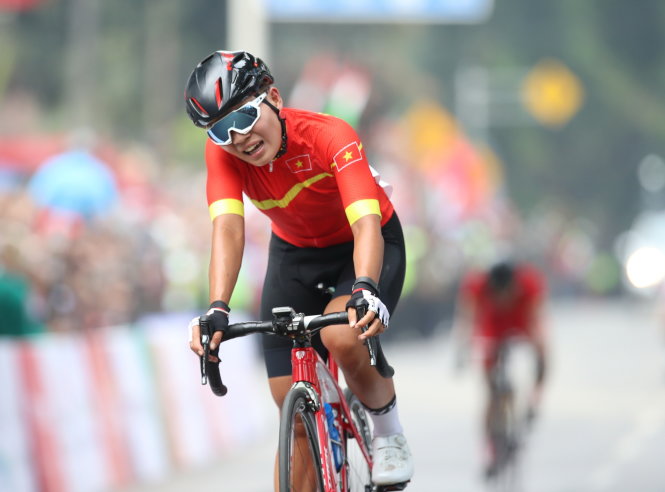 Vietnam experienced a quite disappointing medal hunt on Day 4 at the 2018 Asian Games (Asiad) on Wednesday, grabbing only three bronze medals, while many medal hopefuls failed to bring home any gold.

The three bronzes went to the sepaktakraw and wushu athletes.

The fourth day of Team Vietnam at the Games in Indonesia started by the unsuccessful performance of Hoang Thi Phuong Giang as the Vietnamese wushu artist only brought home a bronze in the women’s changquan event.

With 9.71 points, Giang came after Li Yi from Macau and Qi Xinyi of China, respectively.

Giang’s teammate, Nghiem Van Y, also had a bad day as he drew Chinese Wang Xuetao in the men’s sanda 60kg semifinal, but only won a bronze due to lower tie-breaking points.

Following the failure to snatch a gold medal of Giang and Y, the Vietnamese sepaktakraw team also lost 0-2 to South Korea in the women’s regu semifinal, an unsurprising result given their strong opponents.

Vietnam and Myanmar, who was beaten by Thailand in the other semifinal, both won the bronze medal in this event.

The biggest disappointment of the day for Team Vietnam was the fifth-place finish of road cyclist Nguyen Thi That in the women’s 100km individual road race. That is among Vietnam’s top gold medal hopefuls at the Games, after she won the Asian Road and Para Cycling Championship in Myanmar in February.

The only good news on Day 4 came from wushu artist Bui Truong Giang, who beat India’s Kumar Santosh Kumar 2-0 in the men’s sanda 56kg semifinal to advance to the final game scheduled for Thursday.

By the end of Day 4, Team Vietnam had bagged a total of ten medals, including three silvers and seven bronzes, ranking 20th out of 45 countries and territories participating in the continental sporting event.