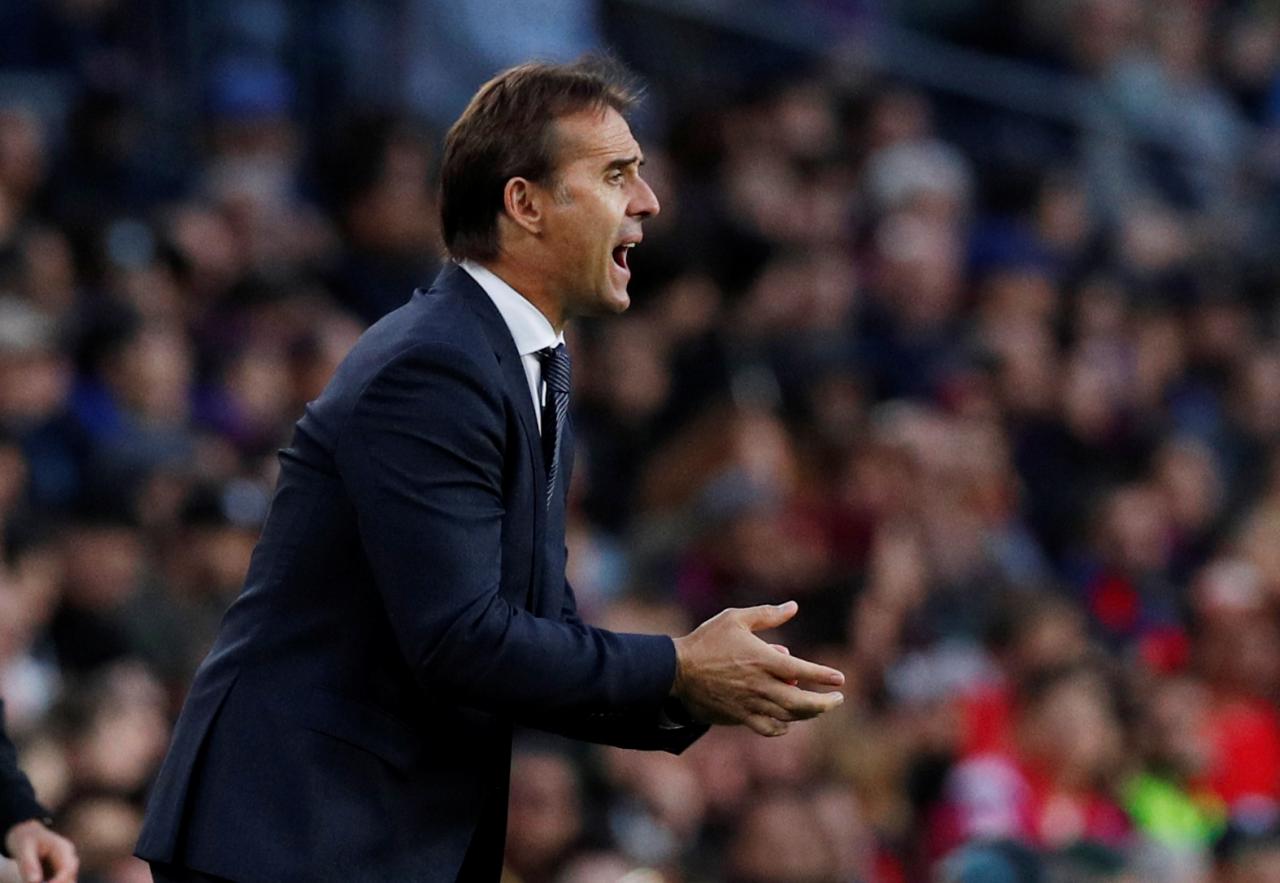 Real Madrid sacked coach Julen Lopetegui three months into his first season in charge after the Spanish giants were beaten by arch rivals Barcelona over the weekend, the European champions said on Monday.

Real have failed to win in La Liga since beating Espanyol on September 22, losing to Sevilla, Alaves, Levante and drawing with Atletico Madrid before Sunday’s 5-1 thrashing by Barcelona.

Former player and reserve team boss Santiago Solari has been put in caretaker charge after negotiations between the club and former Chelsea, Italy and Juventus boss Antonio Conte broke down on Monday, the club added.

“The Real Madrid board met today and decided to renounce coach Julen Lopetegui’s contract with the club,” the club said in a statement. “The board feels there has been a disproportionate difference between the squad Real Madrid possesses... and the results obtained until now.”

Lopetegui has now lost two jobs in under five months as he was also fired by the Spanish Football Federation as coach of the national team the day before the World Cup started in June for announcing his move to Real behind the organisation’s back, throwing Spain’s tournament preparations into chaos.

The 52-year-old replaced Zinedine Zidane as Real coach after the Frenchman decided to step down from the role having guided the club to three successive Champions League titles in May.

After the club’s all-time top scorer Cristiano Ronaldo also departed for Juventus in July, Lopetegui’s stint at Real got off to a difficult start as they were beaten 4-2 by city rivals Atletico Madrid in the UEFA Super Cup.

His side then won four of their opening five La Liga games and a 3-0 win over AS Roma in their Champions League opener.

But things started to fall apart when they were thrashed 3-0 by Sevilla last month, a result that started a run of four defeats in five matches in all competitions. During that stint, they also failed to score a goal for eight hours.

Last Tuesday’s 2-1 win over Viktoria Plzen in the Champions League provided a brief respite but the team were still booed off the pitch after an unconvincing display.

Sunday’s 5-1 hammering proved to be the final straw for Real president Florentino Perez.

Spanish Federation rules allow clubs 14 days to name a permanent successor, meaning that Argentine Solari, who played for Real between 2000 and 2005, could potentially be in charge of four first team games.