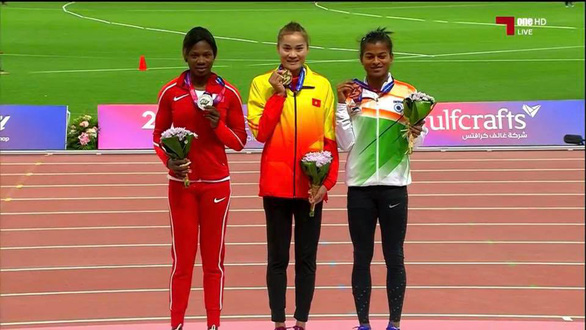 Lan beat seven other athletes to be the first to reach the finish line, clocking 56.10 seconds, her best so far in 2019.

The 23rd edition of the quadrennial Asian Athletics Championships is taking place in Doha, Qatar from April 21 to 24.

Results at the event are counted as qualifying marks for the 2020 Tokyo Olympics.

Despite winning the gold medal, Lan’s result of 56.10 seconds was slower than the 55.40-second mark.

Lan thus will have to improve her performances in the upcoming tournaments that are calculated in the qualification system for the Games in Japan next summer, including the 2019 Southeast Asian (SEA) Games in the Philippines later this year.