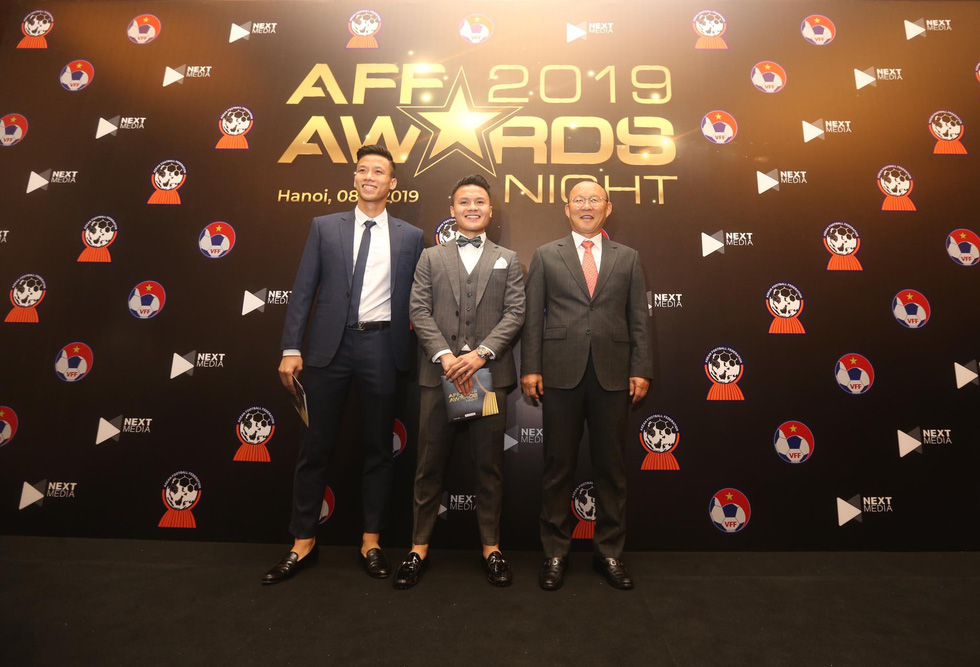 Vietnam won big at the AFF Awards 2019 held in Hanoi on Friday evening as the national men's football team, their head coach and individual players all received top honors.

The AFF Awards has been organized by ASEAN Football Federation (AFF) every two years since 2013 and is hosted by Vietnam Football Federation this year to recognize and celebrate the achievements of the players and officials from the 12 AFF member associations.

Vietnamese attacking midfielder Nguyen Quang Hai won the men’s Player of the Year at the awards night while South Korean manager Park Hang Seo, who just signed a new contract to continue coaching the Vietnamese side for another three years with record-breaking salary, was named Coach of the Year in the men’s category.

Vietnam was picked as the AFF Men’s National Team of the Year while their Quang Hai, defender Que Ngoc Hai and keeper Dang Van Lam were included in the AFF Best 11 at the AFF Cup 2018.

Speaking at the awards ceremony, Quang Hai paid homage to his coaching staff, teammates and fans.

“This prestigious award will be a big motivation for me to strive for even greater achievements in the future,” said the 22-year-old midfielder.

Park, who led Vietnam through a string of accomplishments over the past two years, echoed Hai’s opinion.

“I want to say thanks to the Vietnamese fans," said Park at the ceremony.

"They have been the source of motivation that got us to where we are today."

The Thai women’s team were voted National Team of the Year while their coach Nuengruetai Srathongvian was named Coach of the Year in the women's category.