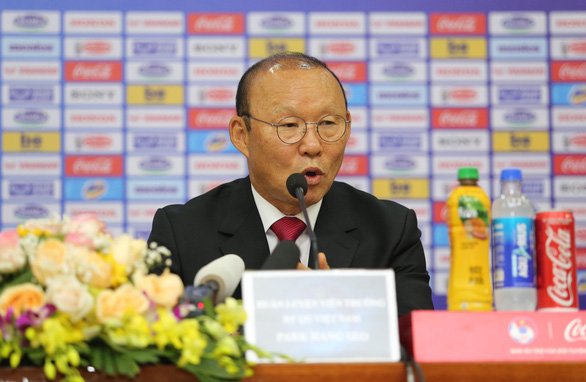 South Korea’s Park Hang Seo has become the highest paid manager in Vietnamese football history following the signing of his latest contract with the Vietnam Football Federation (VFF) to lead the country’s national football team for another three years.

The official signing ceremony between the South Korean and the Vietnamese football governing body took place in Hanoi on Thursday.

Under the new contract, Park will be paid US$50,000 monthly in after-tax salary, a record-high payment of all time for a football manager in Vietnam, to coach both the country’s national football team and under-22 squad from 2020 to 2022.

The lucrative salary is 2.5 times higher than his previous contract with VFF, which was signed in late 2017 and due to expire in January next year.

In addition to the fixed salary, VFF also gives Park other allowances including a private residence, a private car, and air tickets between Vietnam and South Korea, as well as covers his personal income tax.

These perks add up to an actual monthly pay of $80,000 in total, comparatively as much as the salary of Japanese Akira Nishino, who manages the Thai national team.

Nishino, who led Japan to the last-16 round at the 2018 World Cup, agreed to become head coach of the Thai senior and U23 teams in July, with the Bangkok Post reporting that he gets 2.4 million baht ($79,000) a month.

VFF has reportedly signed a new corporate sponsorship deal with a major firm in Vietnam to help pay Park’s salary.

“I am grateful and honored to be with Vietnam, and I feel a great weight of responsibility,” Park said at the contract signing ceremony on Thursday.

“I believe the Vietnamese people’s expectations will go even higher after this signing, and I’ll try to do the best I can.”

Park, 60, has worked magic with both the senior men’s and the under-23 men’s teams in Vietnam since his taking over in October 2017.

Park’s highlights include a runner-up finish at the Asian Football Confederation (AFC) U-23 Championship in January 2018 and a run to the semifinals at the 2018 Asian Games.

At the Asian Football Confederation (AFC) Asian Cup in January this year, Vietnam reached the quarterfinals for the first time in a dozen years.

Vietnam are competing in the second round of the Asian qualifications for the 2022 FIFA World Cup.

According to VFF, helping Vietnam qualify for the 2026 FIFA World Cup is the ultimate and most important target when discussing terms for Park's contract extension.

Vietnam have never played at the World Cup.

VFF on Thursday also announced it would partner with conglomerate VinGroup and a number of other firms to invest into training Vietnam's 12 football teams to realize this target.