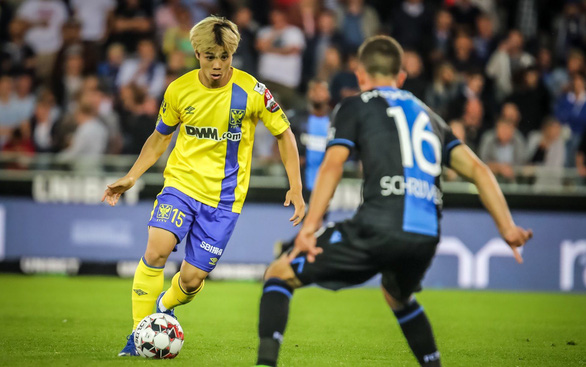 Ho Chi Minh City FC, who finished as the runners-up in V-League 1 2019 and will represent Vietnam in the 2020 AFC Champions League preliminary stages after Hanoi FC failed to get an AFC Club License, told Tuoi Tre (Youth) newspaper that the team expect to receive the transfer document from Cong Phuong’s Belgian club this week.

According to Ho Chi Minh City FC’s plan, Cong Phuong will officially compete for the club from February next year, when the first half of the 2020 season starts.

Cong Phuong, 24, was loaned to Sint-Truiden on a one-year term from his Vietnamese club, Hoang Anh Gia Lai FC, in July.

However, he has been since benched most of his time at the Belgian side, with the coach not even listing him in recent games.

As the contract between Cong Phuong and Sint-Truiden will expire in July 2020 while the V-League 1 will run until October next year, Ho Chi Minh City FC will have to work with Hoang Anh Gia Lai FC to borrow the young forward for the rest of the Vietnamese football tournament.

“Cong Phuong is a ‘treasure’ of Hoang Anh Gia Lai, but we hope to have him play for us for as long as possible,” the Ho Chi Minh City FC leader said.

The player is among the first batch of young football talents to graduate from the Hoang Anh Gia Lai academy, which started its training program with support from English Premier League side Arsenal in 2007.

Several graduates of the academy, including Cong Phuong, have been standouts on the Vietnamese under-23 and national teams where they have achieved several international and regional accomplishments, notably in 2017-18.

Cong Phuong was also part of the Vietnamese squads that made it to the quarterfinals of the 2019 AFC Asian Cup in Qatar in January, won Southeast Asia's trophy, and are competing in the second round of the 2022 FIFA World Cup Asian qualifiers.

He had his first overseas club appearance with Japan’s Mito Holly Hock in 2016, before moving to Incheon United in early 2019.