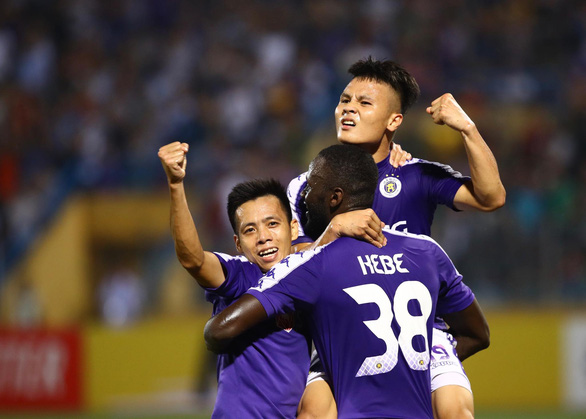 The 2020 season of Vietnam’s top-flight professional football tournament V-League 1 is set to resume in June after a three-month suspension due to the novel coronavirus disease (COVID-19) pandemic.

The Vietnam Football Federation (VFF) announced the plan following a meeting in Hanoi on Wednesday.

The V-League 1 has been postponed since March 15 after its first two rounds of the 2020 season had been played behind closed doors to prevent the spread of COVID-19.

Likewise, the openings of the second-tier V-League 2 and the Vietnamese National Football Cup have also been delayed.

As the General Department of Sports and Physical Training on Wednesday issued a decision to allow Vietnamese professional football tournaments to resume, VFF has set a schedule for the return of the three aforementioned competitions.

Accordingly, V-League 1 will be recommenced on June 5, with the teams to be split into two divisions after the first 13 rounds.

Eight leading teams will then compete in a single round-robin system for the championship title, while the bottom six will compete to decide which one is relegated to the V-League 2.

The tournament will ultimately conclude on October 31.

The V-League 2 is set to resume on June 6 and be wrapped up on September 26.

Twelve teams will play in the first 11 rounds, with the top six teams then splitting off to compete in a single round-robin system to avoid a place in next year’s V-League 2.

The 2020 Vietnamese National Football Cup is scheduled to be held from May 24 to October 31, with competitors to play a total of 25 clashes across five rounds.

Teams will also be allowed up to five substitutes in each match as per FIFA’s new regulation.

VFF’s general secretary Le Hoai Anh stated that the latest plan aims to finish all of the country’s football competitions by October 31, so as to give footballers who play for the national squad plenty of time for training in the lead-up to upcoming regional and international tournaments.

Anh added local authorities will be the ones who decide on whether matches will be played with spectators or in empty stadiums based on the local pandemic situation and detailed guidance to be sent by VFF.