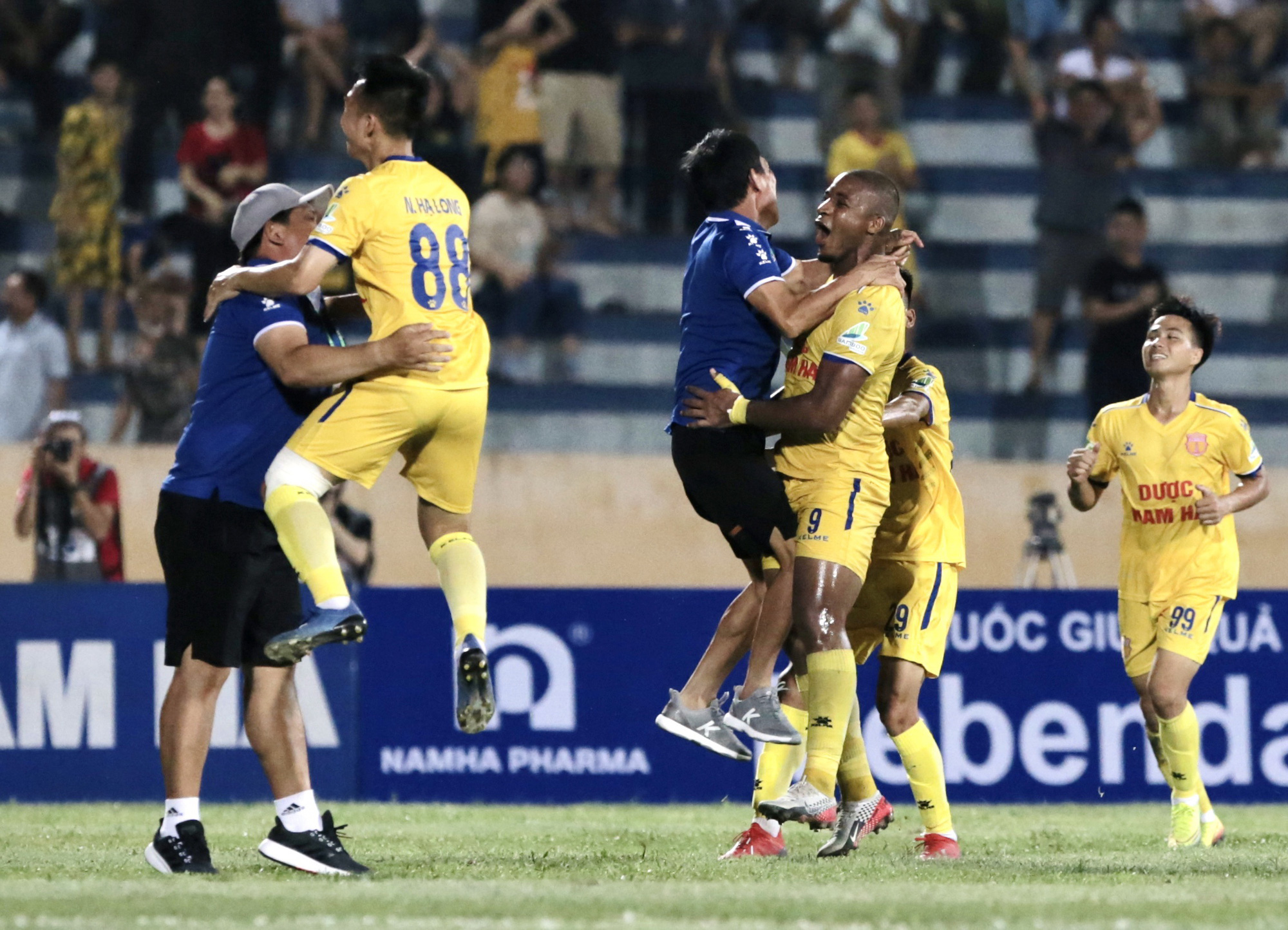 About 10,000 people were in the stands to watch a highly-anticipated National Cup game between two Vietnamese football clubs, the first match that allowed spectators since the novel coronavirus disease (COVID-19) pandemic hit the Southeast Asian country.

The opening game of the 2020 National Football Cup qualifiers, which was between DNH Nam Dinh FC and Hoang Anh Gia Lai FC, took place at Thien Truong Stadium in the northern province of Nam Dinh at 6:00 pm on Saturday.

The battle ended with a 2-0 victory for the hosts.

The two goals were scored in the 43rd and 62nd minutes.

This was the first football game match that allowed spectators after social distancing was eased in Vietnam.

Due to the complicated COVID-19 epidemic, football competitions in Vietnam had been postponed, while several games were forced to take place without an audience.

To ensure order and safety, nearly 500 police officers and many health workers were mobilized to the stadium on Saturday.

All entrances of the venue were closely monitored, as spectators were asked to wear face masks, sanitize their hands, and have their body temperature measured before entering.

Anyone refusing to cooperate would be denied entry.

“Health workers assigned by the provincial Department of Heath were present at the stadium from 3:00 pm to make necessary preparations for the football match,” said Dr. Pham Duc Hong, head of the healthcare team.

According to Tran Anh Tu, chairman of the Vietnam Professional Football Company (VPF), which organizes the tournament, the DNH Nam Dinh-Hoang Anh Gia Lai game on Saturday was an important event as it marked the return of Vietnamese football following a long delay due to the COVID-19 pandemic.

Vietnam has announced 325 COVID-19 patients so far, with 267 having recovered. No fatality in association with the disease has been reported in the country to date.

No new infections in the community have been documented in the Southeast Asian country for nearly 40 days.