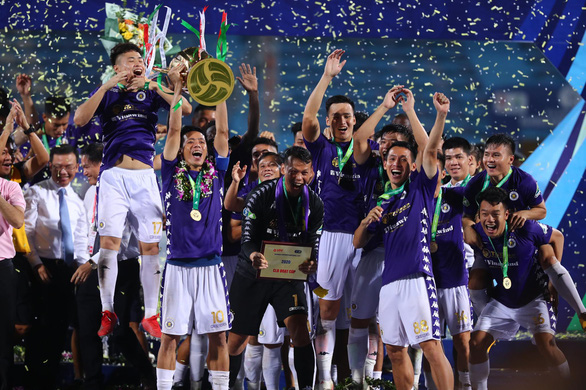 The game only heated up after the 75th minute, when Tran Ngoc Son opened the scoring for Viettel FC.

Before the goal, Hanoi FC players pulled themselves together to create more pressure.

Their effort was rewarded when Truong Van Thai Quy leveled the score for Hanoi FC in the 81st minute of the game.

The 2-1 comeback helped the 2019 National Cup winners successfully defend their title this year and become the first football club to win in back-to-back years.

Speaking to the press after the victory, Hanoi FC coach Chu Dinh Nghiem praised Quang Hai for his stellar performance during the match.

Nghiem also attributed the result to all the members of his team.

“I would like to thank the players. They worked hard to reach where they are today,” said Nghiem, adding that their next target is the top-flight professional football tournament V-League 1 title.