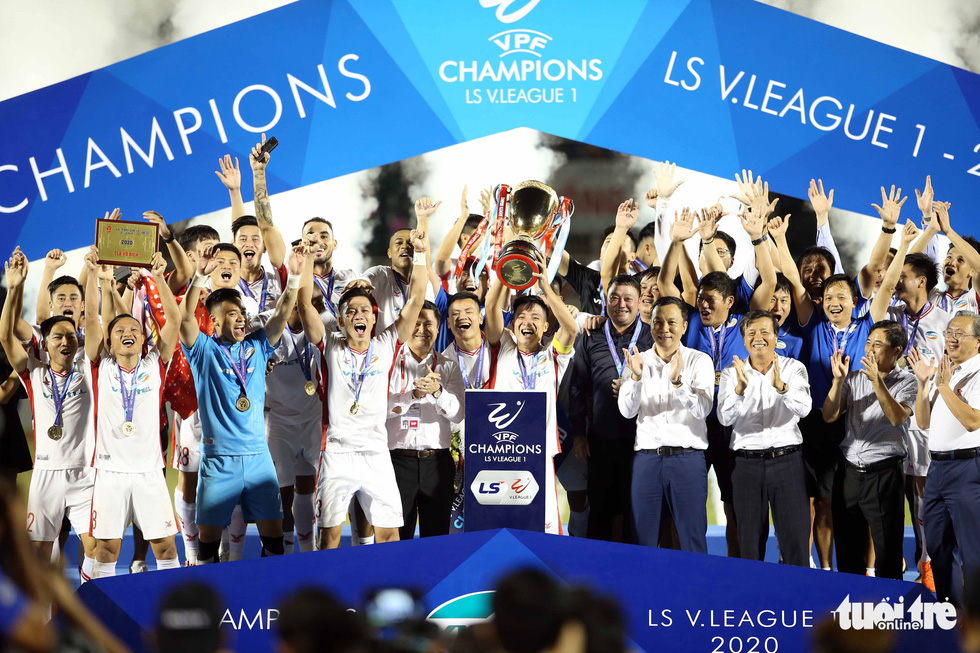 Viettel needed a win to claim the title regardless of the result of the game on the same day between second-placed Hanoi FC and hosts Than Quang Ninh FC.

Reigning champions Hanoi had been two points adrift of Viettel before this last round of the 2020 season.

The military club were off to a cautious start despite the pressure to beat the hosts, who had nothing to lose in this game at Thong Nhat Stadium in Ho Chi Minh City.

Eighteen minutes into the showdown, Bruno Cunha Cantanhede raced from behind to head home a Nguyen Hoang Duc free kick from the right flank to put Viettel in the lead.

Few chances were created by both sides given Viettel’s strong defense and Saigon’s lack of real motivations to level the score, as the hosts would gain nothing from even a triumph in this match.

Bruno’s header turned out to be the winning goal that sealed Viettel’s V-League 1 title this season.

Hanoi beat Than Quang Ninh 4-0 in the other game.

Viettel ended the league with 41 points, followed by Hanoi, who earned 39 points, and Saigon with 34 points.

Hanoi have won five trophies since the 2010 season.

Thirteen teams have qualified as group winners and best runners-up