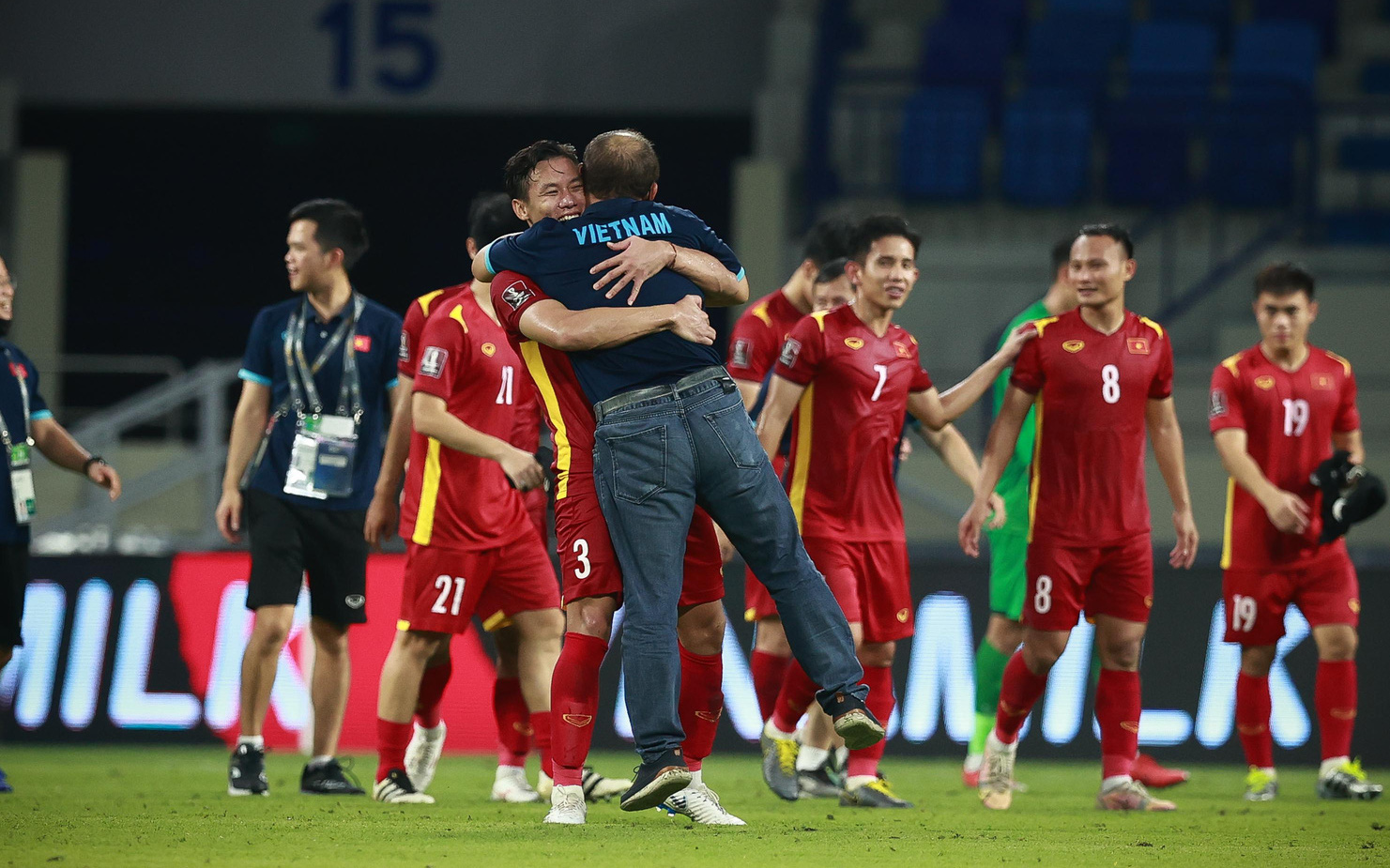 Vietnamese Prime Minister Pham Minh Chinh sent his congratulations to the national men’s football team for their challenging 2-1 victory over Malaysia in the second round of FIFA World Cup qualification in the UAE on Saturday night.

The triumph took Vietnam one step closer to a historic slot in the last round of the World Cup qualifiers.

After the game ended in the small hours of Saturday morning, Prime Minister Pham Minh Chinh made a congratulatory call to Tran Quoc Tuan, the Vietnam Football Federation (VFF)’s permanent deputy chairman who led the Vietnamese football delegation to the UAE.

In addition to congratulation, President Phuc honored the football team with VND1 billion (US$43,400) in rewards.

The VFF also pledged VND2 billion ($86,800) to the squad while another agency offered a reward of VND1 billion, raising the total rewards given to the Golden Dragons after two consecutive victories since the resumption of the second qualifiers to VND6 billion ($260,600).

Vietnam had previously thrashed Indonesia 4-0 in their reopening qualifier on Monday night.

With the full three points against Malaysia, the Vietnamese have further cemented their grip at the top of Group G.

Park Hang Seo’s team will need at least a draw in their last Group G clash against group hosts, the UAE, on June 15 to see them through to the last round of the World Cup qualifying campaign for the first time ever.

The second qualifying round of the 2022 FIFA World Cup, hosted by Qatar next year, has been attended by 40 teams drawn into eight groups of five to play home and away round-robin matches since September 5, 2019.