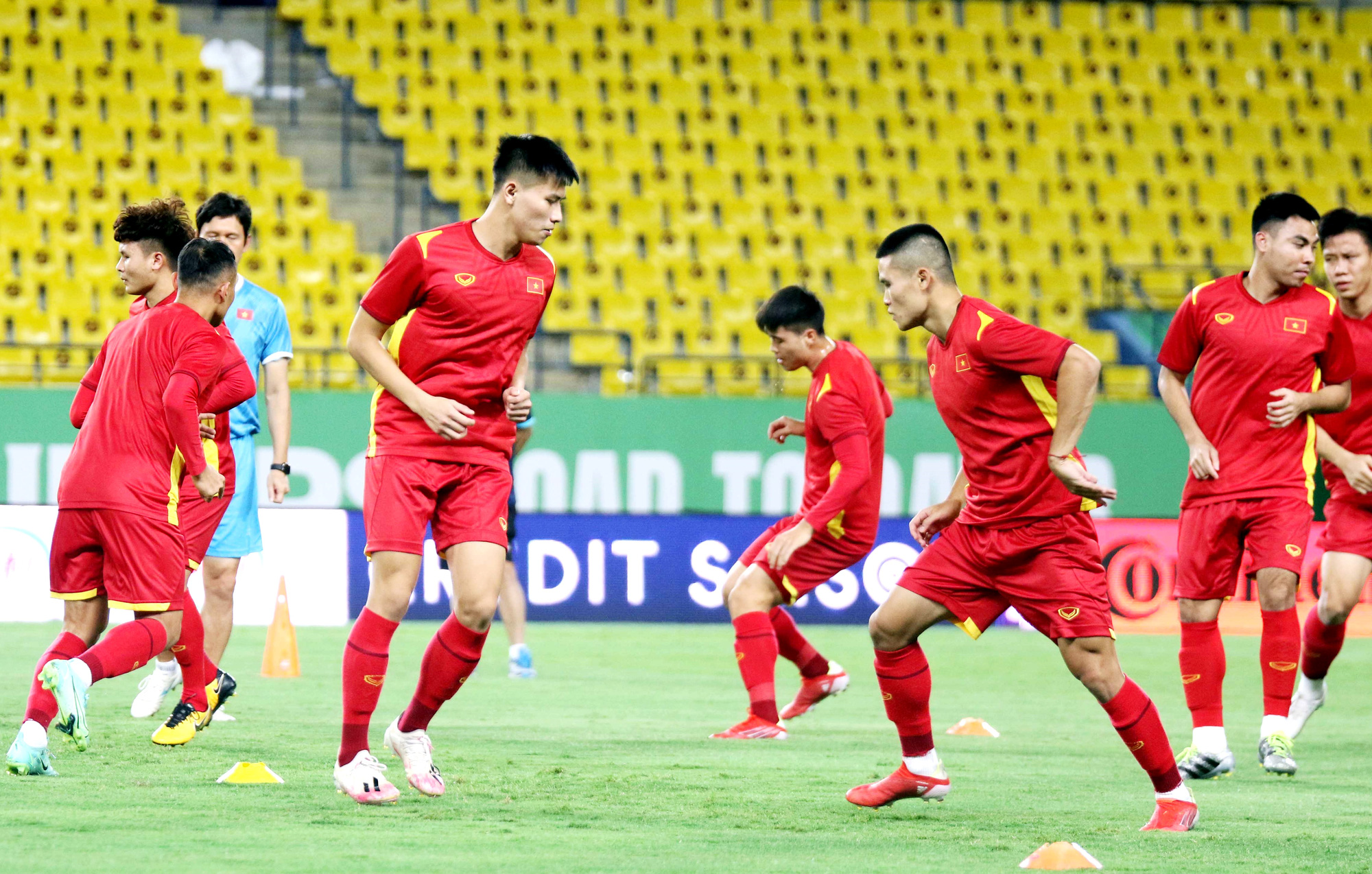 Vietnam will lock horns against hosts Saudi Arabia to commence their campaign in the final stage of the 2022 FIFA World Cup Qualifiers early on Friday.

The match will take place at King Saud University Stadium in Riyadh, Saudi Arabia and be broadcast live from 1:00 am on Friday (Vietnam time) on Vietnam Television’s VTV5 and VTV6 channels, FPT Television, and streaming service FPT Play.

Over 12,000 spectators are expected to attend the game.

The Golden Dragons held an only training session to familiarize themselves with King Saud University Stadium early on Thursday morning.

Since arriving in Saudi Arabia six days ago, the Vietnamese have done their best to acclimatize to 40-degree-Celsius weather.

Speaking at a pre-match press conference at 0:00 on Wednesday (Vietnam time), Vietnam head coach Park Hang Seo said that the Vietnamese team will compete in high spirits despite being labeled their group’s underdogs while Saudi Arabia rank among the best squads in Asia.

The final round of the 2022 FIFA World Cup Qualifiers for Asia will be played by 12 teams divided into two groups from Thursday to March 29, 2022.

Vietnam are in Group B, alongside Japan, Australia, Saudi Arabia, China, and Oman, while Group A consists of Iran, South Korea, the UAE, Iraq, Syria, and Lebanon.

The third-place teams will advance to the Asian play-off to determine which side will play the intercontinental play-off.

This is the first time that Vietnam have qualified for the final round of the World Cup Asia qualifiers, as one of the five best group runners-up with seven unbeaten games and only one loss in the second qualifying stage.

Besides the Saudi Arabia - Vietnam game, the FPT Television and FPT Play application will also broadcast live other matches between South Korea and Iraq from 6:00 pm on Thursday, Iran and Syria 11:00 pm on Thursday, the UAE and Lebanon 11:45 pm on Thursday, and Australia and China from 1:00 am on Friday -- all in Vietnam time.

In addition to those two platforms, football fans can watch the match between Japan and Oman from 5:10 pm on Thursday on VTV5 and VTV6.

The two teams took turns scoring and taking the lead